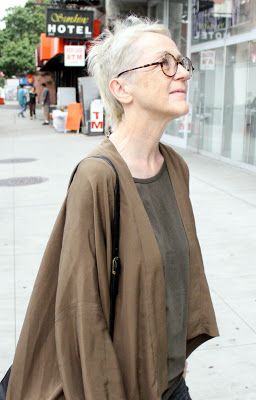 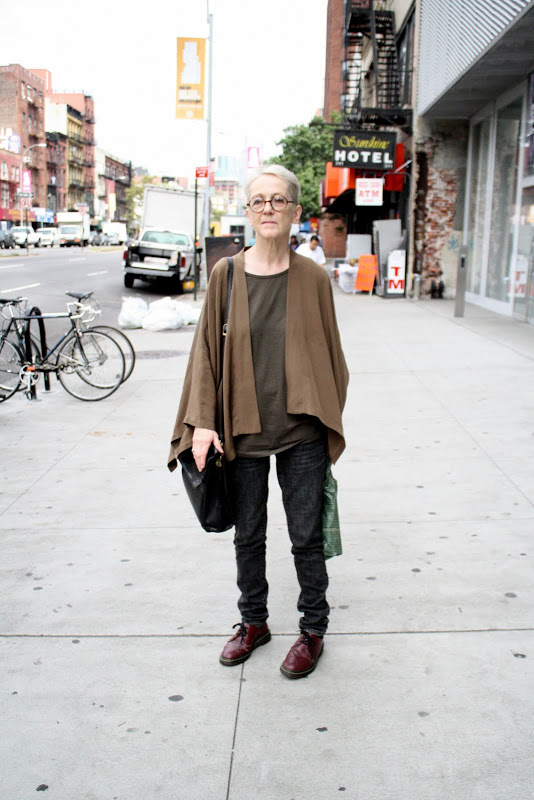 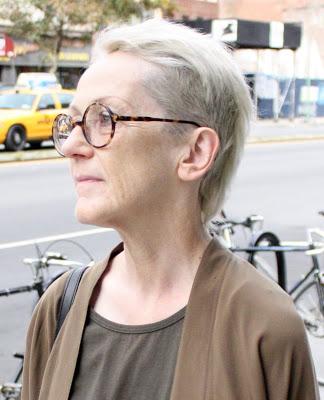 I found this woman’s style an interesting mix of modern sophistication with aesthetic elements of punk rock . Her round tortoise shell glasses paired with a simple and elegant cape creates a clean and understated visage. She appears youthful with her shaggy mo hawk and tapered jeans worn with red Dr. Martens, and still retains an overall refined and distinguished appearance. She wears the look with confidence, heightened by her pensive gaze. 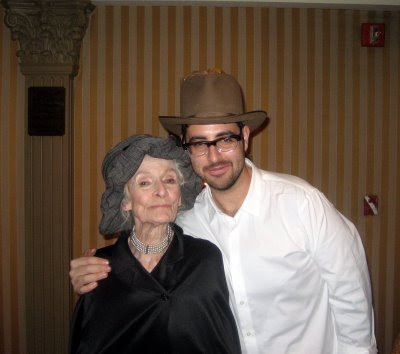 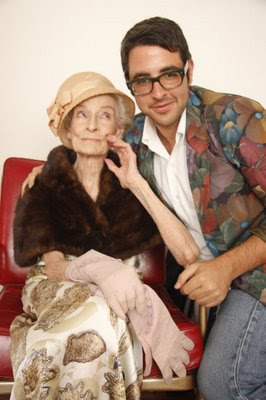 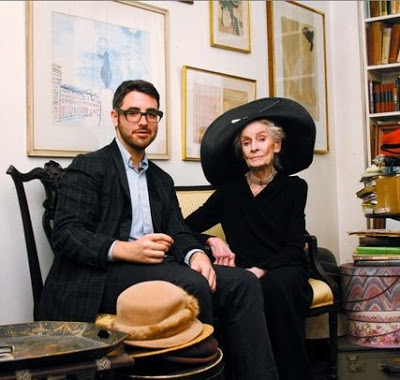 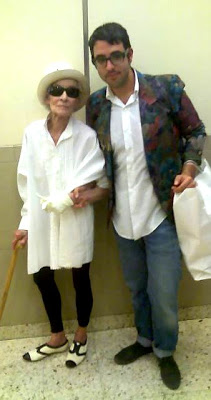 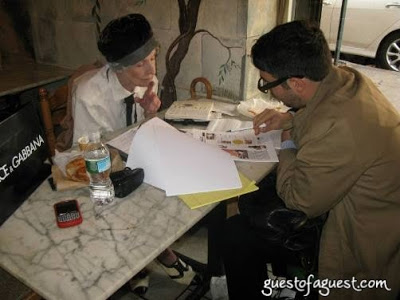 My dear friend Mimi Weddell passed away last week at the age of 94.She was a great inspiration to me and I will cherish my memories of her. I first met Mimi at a screening for the documentary Hat’s Off, in San Diego. This was just about a year and a half ago, just as I was planning to move to New York. Seeing Mimi living with so much grace and elegance, walking around in her grand hats and wonderful costumes, made the idea of moving to New York even more exciting. I looked at Mimi with awe, mesmerized by her exquisite taste and witty remarks. I told her and “Hat’s Off” film maker Jyll Johnstone, that I would look them up when I moved to the city and help spread the word about her wonderful documentary.

I moved to New York in May of last year and began to work and intern for several fashion designers and showrooms, including Abgail Lorick. When I showed Abigail a clip of Mimi speaking about the importance of illusion, she was immediately struck by this profound and kindred spirit. We knew we had to get Mimi to appear in Lorick’s upcoming fashion week presentation, and it was my mission to do so. This was my great opportunity to call Mimi on the phone. I looked her up in the yellow pages, dialed her number, and to my great surprise, that wonderful almost aristocratic voice called out from an answering machine, ” This is Mimi Weddell, please leave a message and I will call you back.” Mimi had been receiving a lot of phone calls for work and was very selective about who she called back. After a few days with no response and several emails to Jyll Johnstone, I was put into contact with Mimi. I met her at her at her apartment uptown. Her place was filled from floor to ceiling with glorious hats. There were books and paintings, and newspaper clippings in every nook and cranny. Sayings like “Rise above it” were neatly scribbled on scraps of paper, stuck to the refrigerator. I entered the apartment with as much wonder and excitement as I would a cave full of crystals or an Egyptian tomb. Mimi, cigarette in hand,offered me Brandy and cookies.

Mimi was a fantastic storyteller . She would animate her tales with glorious glances and expressive hand motions, almost as if she was performing a grand part in a Broadway play. The world truly was her stage. After appearing in Abigail’s presentation and stealing the show, I began to receive inquiries into who this fabulous older woman was. Mimi appeared in major print ads for Burberry, Juicy Couture and Louis Vuitton, and had several small acting roles in shows and films including Sex and The City and Hitch, but was never fully recognized for her outstanding talent as a serious actress and performer. To me she was an icon, both for her style and her inherent wisdom and elegance.

Mimi and I got together several more times over last year. I planned a hat party for the release of Hat’s Off to DVD and organized some photo shoots and interviews for foreign press interested in Mimi’s wonderful style and vibrant character. Just a few weeks ago I sat with Mimi at a nursing home. She was as beautiful and sharp as ever. She always encouraged me to be creative and told me that I could do great things. Mimi was one of the first people I met in New York and she will remain a cherished part of my memories. Her strength and determination had a profound impact on how I look at life. I feel extremely honored to have spent time and worked with such an incredible woman.

Love and Strength to her family. 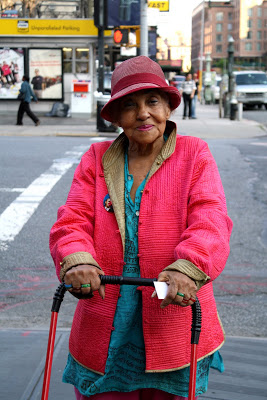 Each time I run into this wonderful lady she brightens my day with her warm smile and colorful outfits. 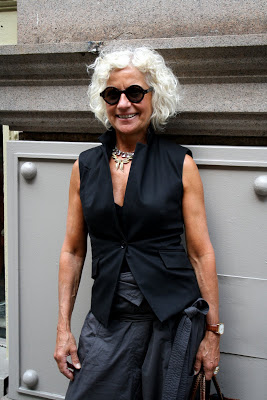 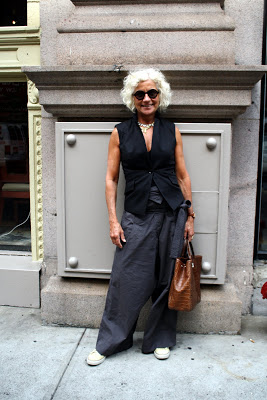 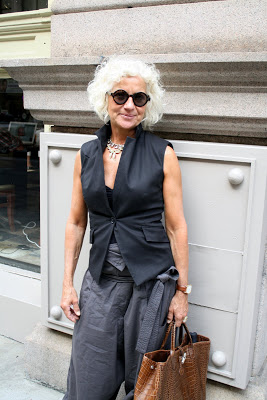 This gorgeous lady teaches fashion design and construction at Parsons. She was on her way to class when I stopped her for a photo. 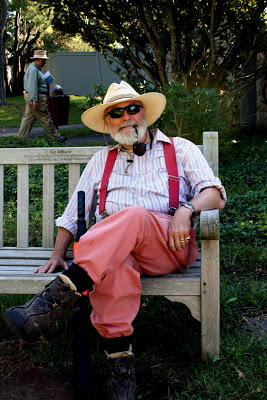 I saw this fellow while visiting Storm King Art Center over the weekend and admired his unique and colorful style. He looks ready for an adventure in his straw hat and heavy boots, but seems quite content taking a little rest on a nearby bench.