Break
out the Bolly sweeties!  There is indeed something to celebrate in
these waning days of winter. NARS and Marc Jacobs have made a quantum
leap into the future of beauty in their decision to hire two women who
have been worshipped since they were young.

For seasoned women, women who threw caution to the winds in the 60’s and
70’s and lived a life where they took chances, and as they were doing
that, remembered to put on some lippy, seeing the divine Miss Lange and
the supreme Miss Rampling in every magazine from New York to Timbuktu
will be a triumph of age over youth.

Seniors
they are not.  And while we’re at it let’s banish that hateful word to
describe women over fifty.  Ramplng and Lange are goddesses as are we.
– Alice Carey, author of I’ll Know It When I See It 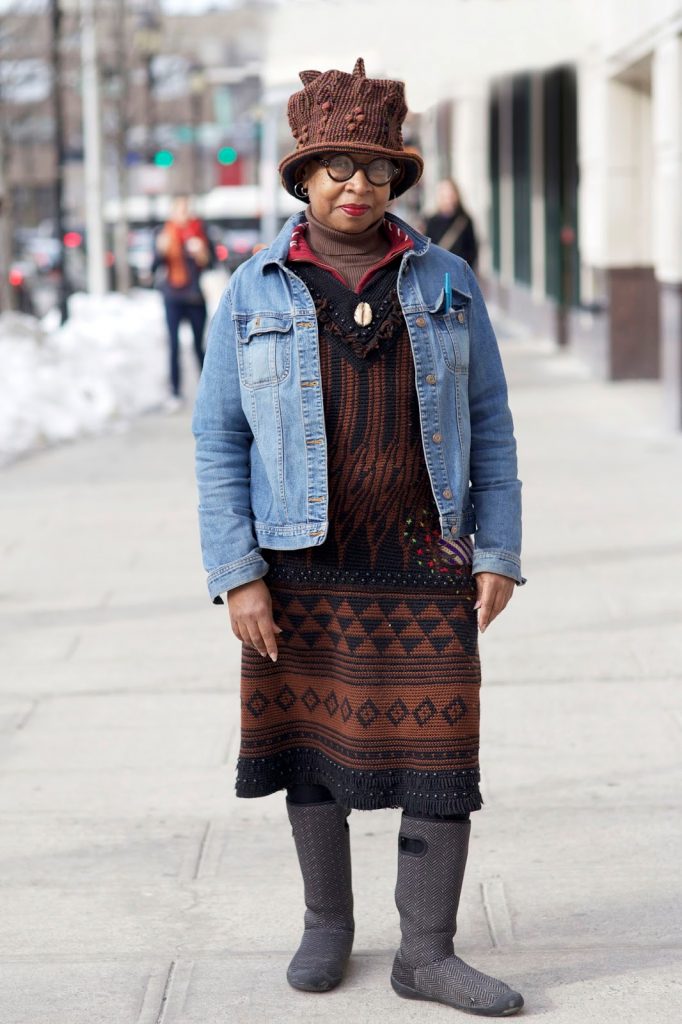 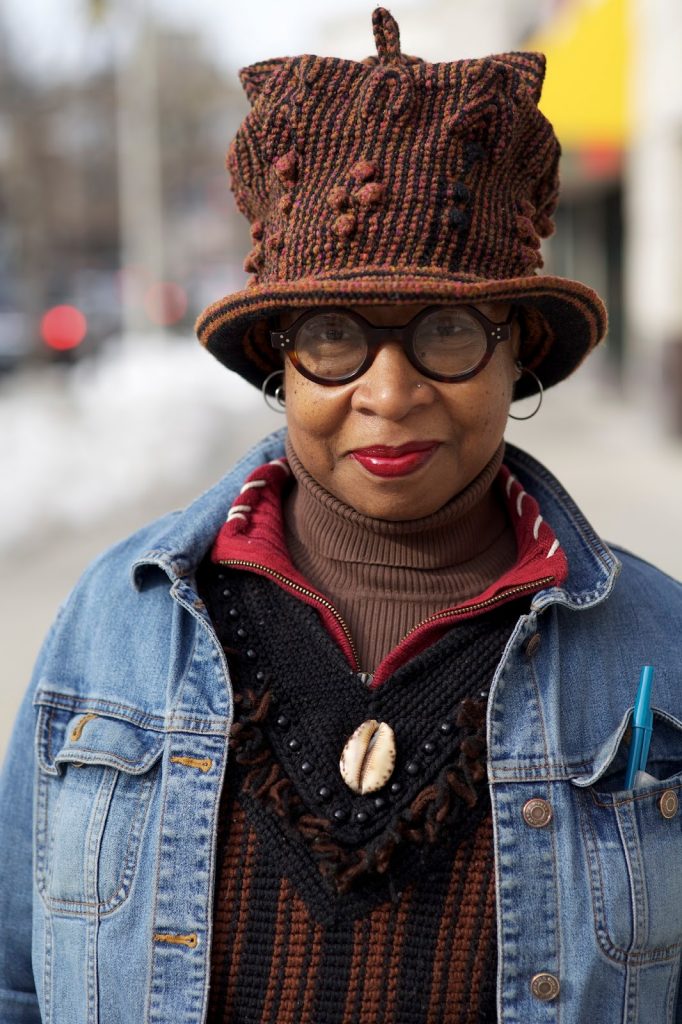 I met artist, Xenobia Bailey, at her residency at The Museum of Arts and Design. Check out her incredible crocheted hat and dress above and to see more of her work CLICK HERE.

Last April I did a shoot with Grey Magazine featuring one of my favorite subjects Jenny Hirschowitz. Check out photographer, Peppe Tortora’s, beautiful video from behind the scenes above. To see my full shoot with Jenny from Grey VIII CLICK HERE. 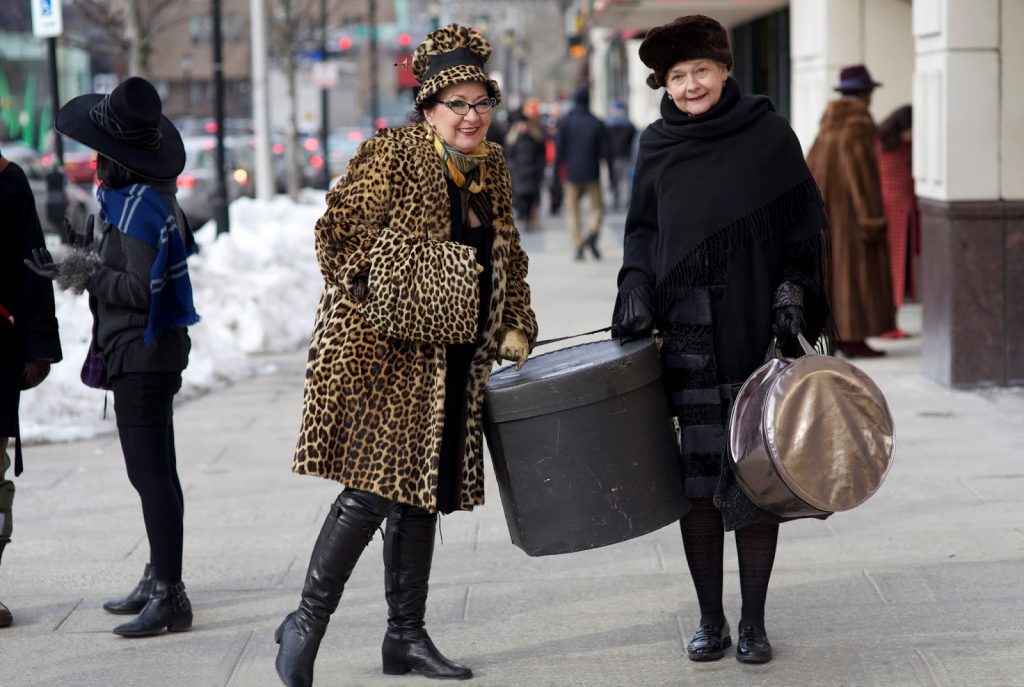 I spotted another wonderful  milliner, Ellen Christine(decked out in leopard print), outside the HaTtitude show in White Plains, NY. You can spot some of Ellen’s wonderful hats in my book, and on her website HERE.