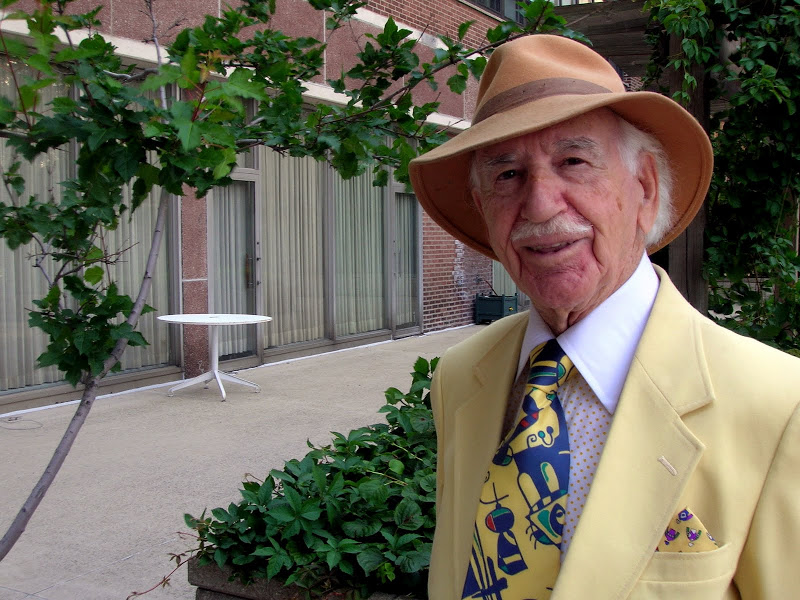 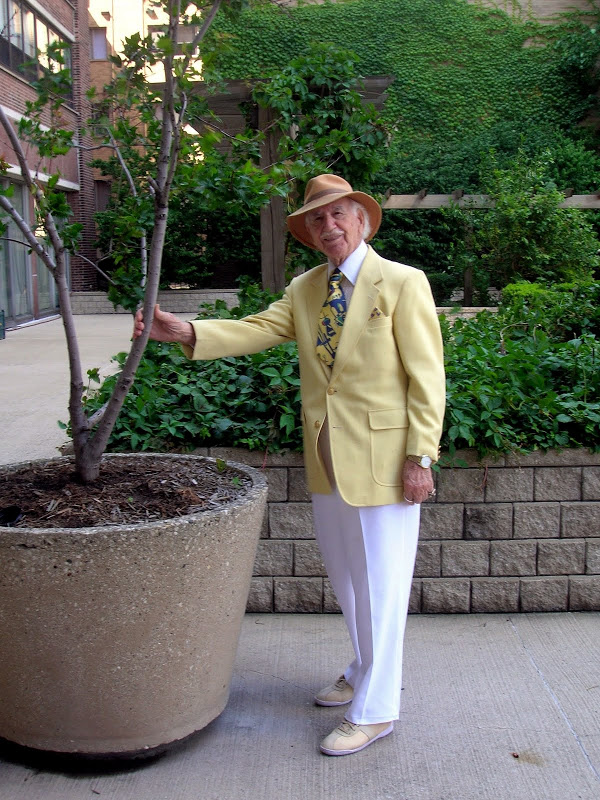 I was super excited when I opened my email to see this photo sent in by Erin Potter. Erin described her encounter with this snazzy fellow below:

I do audio work, but when I went to a site to interview people I met this man. I was so impressed with him that I had to return with a camera. He is Greek, and has an impossibly long last name, so most people call him Mr. Chris. He also says he has nicknames of Mr. Hollywood (He lives in the Hollywood Apartments) and the Mayor of Chicago.

The first time I met him he was wearing black slacks and a bright red blazer over a sequined red and black sweater and a smashing fedora. These photos are from our second meeting. He tells such great stories about the restaurants he used to own and even some about dating Mae West.