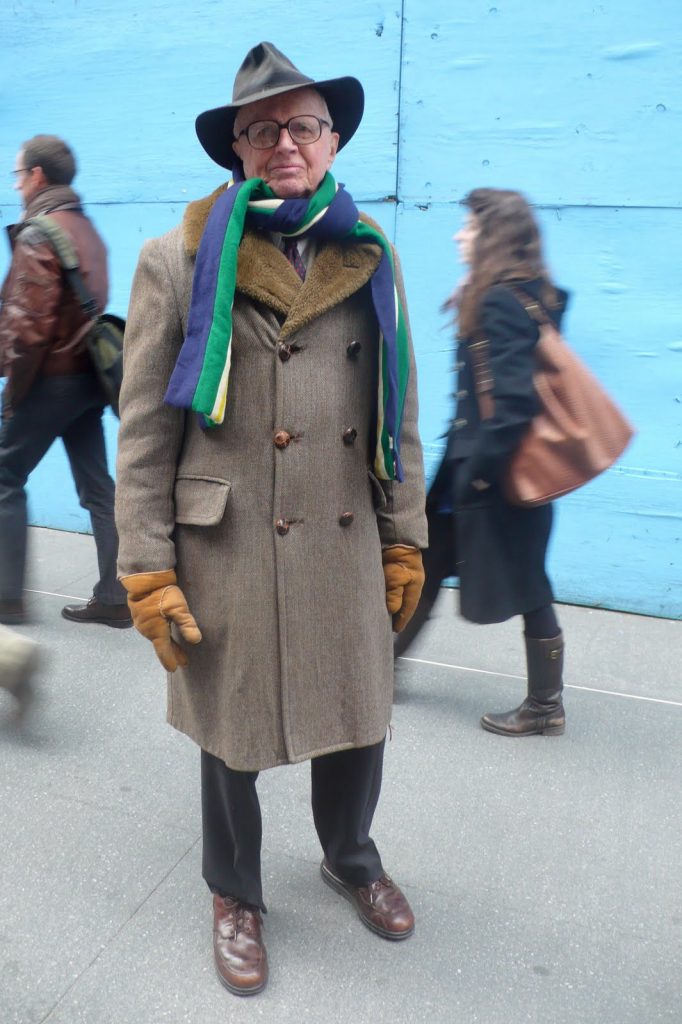 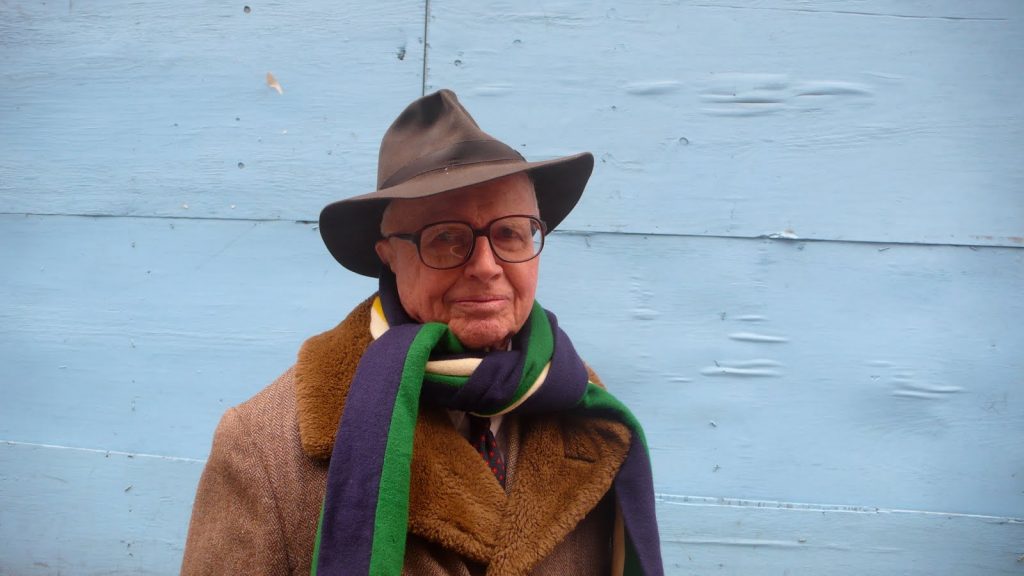 For the start of Fashion Week, I thought I would post someone who has been wearing Brooks Brothers & J Press for over 40 years.I photographed William Zinsser in a Brooks Brothers Overcoat, Brooks Brothers oxford shirt, J Press scarf ,blazer and tie. He took his glove off to shake my hand. That’s a true gentleman, it was frigid out. He asked what it was that I like about what he was wearing and I told him the classic timelessness of his look. He mentioned he has an oil painting of himself and the artist made the roll in the color very clear in the painting!Did some research: William Knowlton Zinsser (born October 7, 1922), a writer, editor, and teacher. His 18 books, which range in subject from music to baseball to American travel, include several widely read books about writing. On Writing Well: The Classic Guide to Writing Nonfiction , first published in 1976, has sold almost 1.5 million copies. He began his career as a journalist for the New York Herald Tribune, where he worked as a feature writer, drama editor, film critic, and editorial writer, and has been a longtime contributor to leading magazines. Throughout the 1970s, Zinsser taught writing at Yale where he was master of Branford College. Now teaches at The New School and Columbia University Graduate School of Journalism. Many high school teachers have incorporated Zinsser’s writing into their lesson plans. Some teachers even go as far as to tell their students to “Zinsser” their work (Zinsser used as a verb meaning to take the clutter out of their essays).
What A Guy!