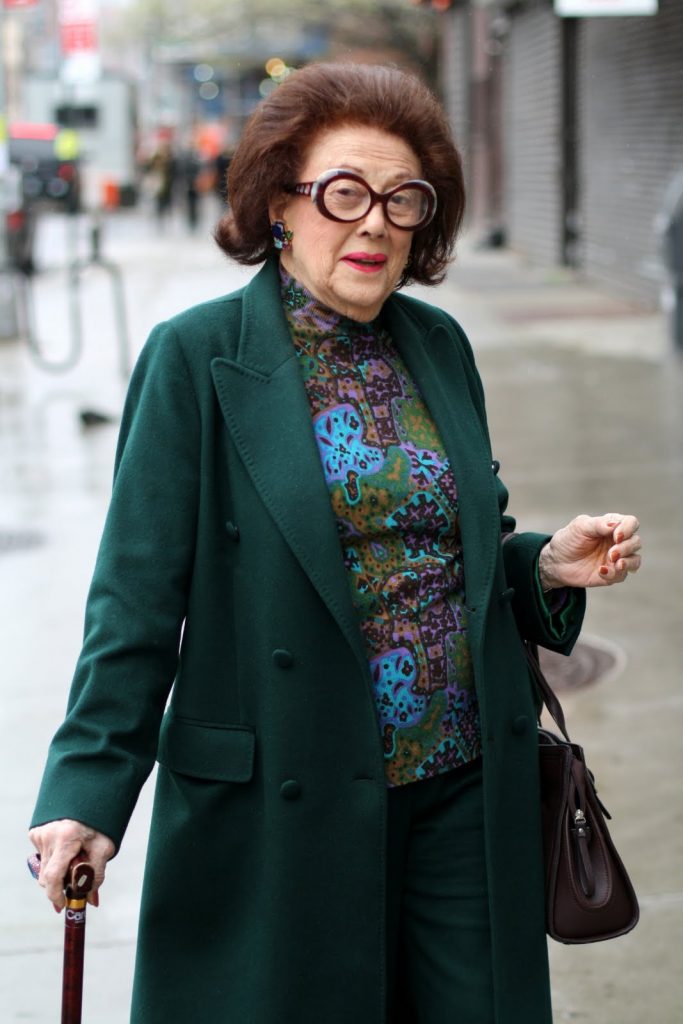 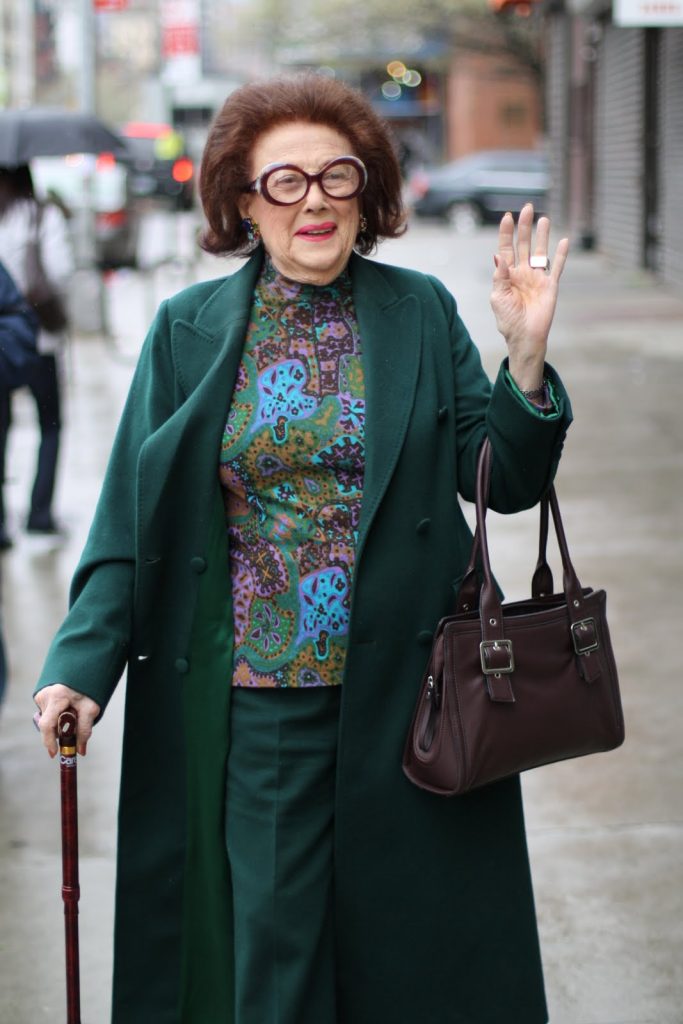 I met Lucy last June when she came into the New Museum with a friend. She left a lasting impression on me with her amazing style and wonderful presence. Since that moment I have oftentimes looked back at her photo wondering when I would see her next. The other day as luck would have it, Lucy walked into the New Museum and I couldn’t contain my excitement. I ran up to her and asked if she was the woman I had taken a photo of last year. She said. ” Yes, but how do you remember me?” I replied that I could never forget someone as stylish and wonderful and her and we walked outside to take some new photos. She stood in the rain as I snapped away. Turns out Lucy is a celebrated television producer, read more about her amazing career below:

In a remarkable broadcast career spanning nearly fifty years, Lucy Jarvis has made her name by achieving the impossible. In 1963, she was in Moscow filming a documentary when the Cuban Missile Crisis erupted. Undeterred, Jarvis fired off a cable to the White House demanding that President Kennedy end his “little argument” so that she could continue shooting. Afterward, Kennedy joked: “I told Khrushchev if he got the missiles out of Cuba, I would get Lucy Jarvis out of the Kremlin!” The Kremlin was the first of many award-winning documentaries and specials that Jarvis would make for NBC News. Savvy, connected, indomitable, there were few doors that she could not pry open, from the restricted inner sanctums of the Louvre and Scotland Yard to the impenetrable (or so it seemed) enclave of China’s Forbidden City. Along the way, Jarvis also produced a string of investigative documentaries about the crucial social issues of our time, from gun control to drug abuse to the imbalances of the medical system. When she left NBC in 1976 to become an independent producer, Jarvis was one of the first women in history to launch her own production company. Through it all, she credits her success to motherly advice: “She made me believe there was nothing I couldn’t do, and I believed it and, therefore, did it.”(Paley Center for Media)