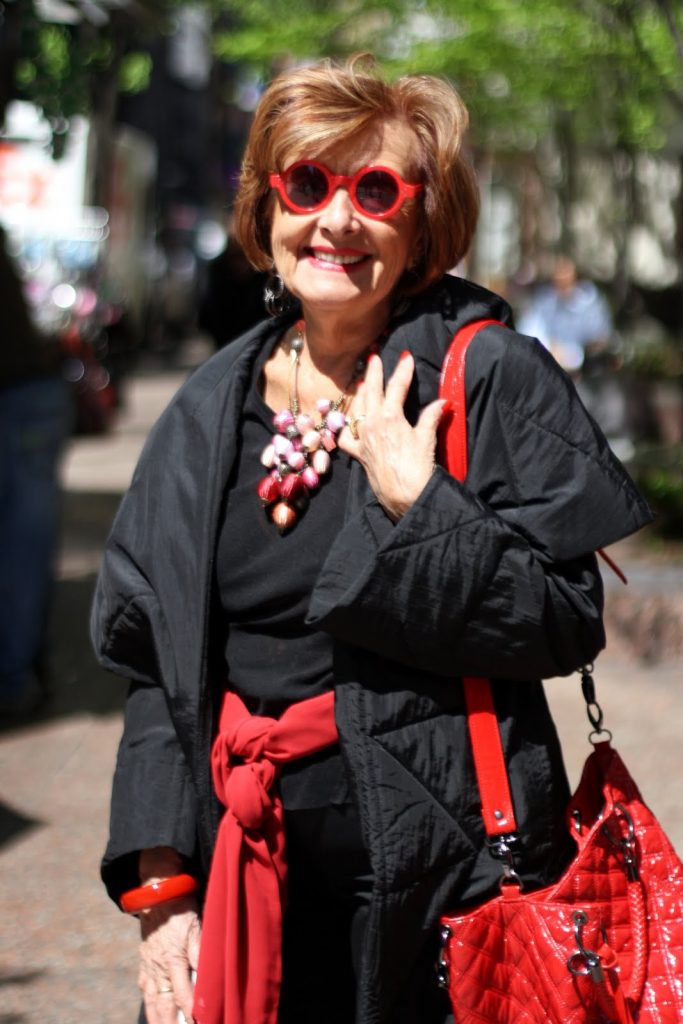 As Maayan mentioned in the previous post, the great thing about New York is the opportunity to meet such amazing people, even on the street. The other today I had an incredible run in with design world superstar Hilda Longinotti, an Architectural and Design Liaison for Herman Miller. I didn’t know about her career but admired her wonderful style and especially her red sunglasses. Hilda, 78, told me that she’d love to be the face of T.J. Maxx, in fact The Diva of T.J. Maxx as she buys most of what she wears there and is constantly complimented on her style. She told me that you don’t have to wear Chanel to be in style, that good design doesn’t necessarily mean expensive design.

Everything she was wearing was from T.J. Maxx except the sunglasses which are about 45 years old. Hilda’s favorite colors are red, orange and chartreuse. When I asked her if she had any style advice for young generations she said, “Set yourself apart from the crowd, young people need to find their zone. Style is an evolution, a process.”I hear a lot about the process of finding one’s style from the people I talk to and how with age they have grown to know what they look and feel good in.

After we talked a bit Hilda invited me up to the Herman Miller design showroom and I had the privilege to take her photo amongst some of the world’s best designed furnishings. It was an extraordinary experience. Here is an expert from an article about Hilda from Metropolis Magazine:

I started out as George’s(Nelson’s) receptionist. I think it paid $55 a week. They were so thrilled with me that the designers completely redesigned the reception area, and they made the colors of the space complement me—behind me was a purple felt wall with an orange-and-white Howard Miller clock and the Herman Miller daybed. It was amazing. Whenever they needed to take photographs of anything, they would march me to the roof, and I was the in-house model for all of the prototypes: the Coconut chair, the Marshmallow sofa—whatever they were designing that needed a body, I would sit on it.

Every Monday there were project meetings. Everyone would sit at this huge table, and George would attend. They’d go through the projects, where they were going, the billings, et cetera. In ’62 I bought an old gate house in Whitestone, and Dolores Engle and everybody else at the office was helping me withthe interiors. So one morning George said, “What is the biggest project on the boards that we have at the moment?” And some smart aleck said, “Hilda Longinotti’s house.” And he banged on the door and said, “Goddamn it! I mean paying client!” But he said it with good humor. 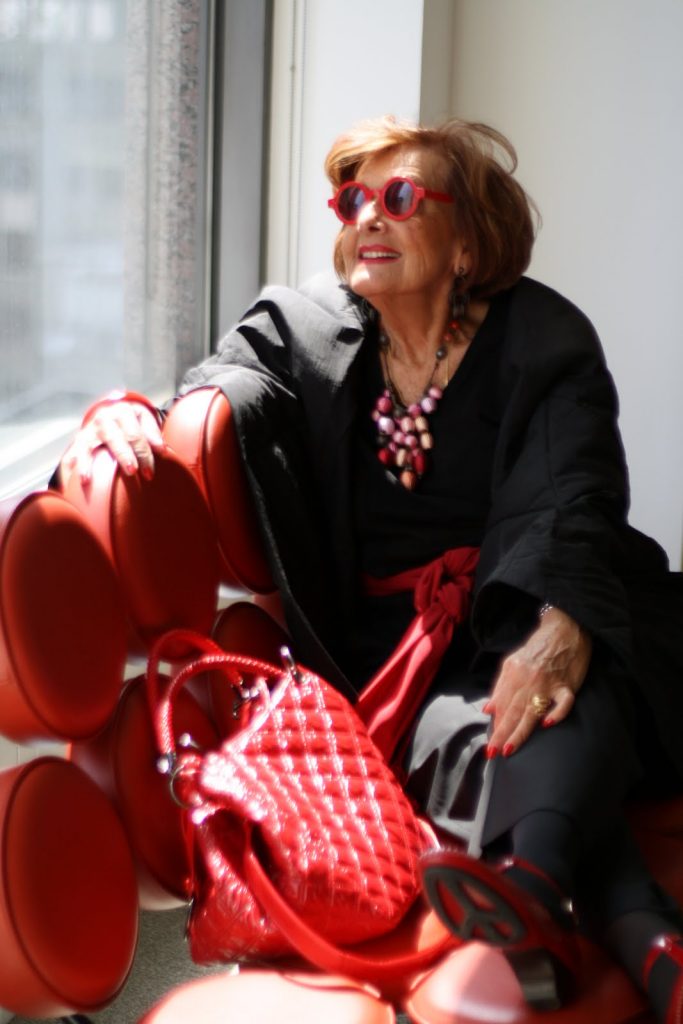 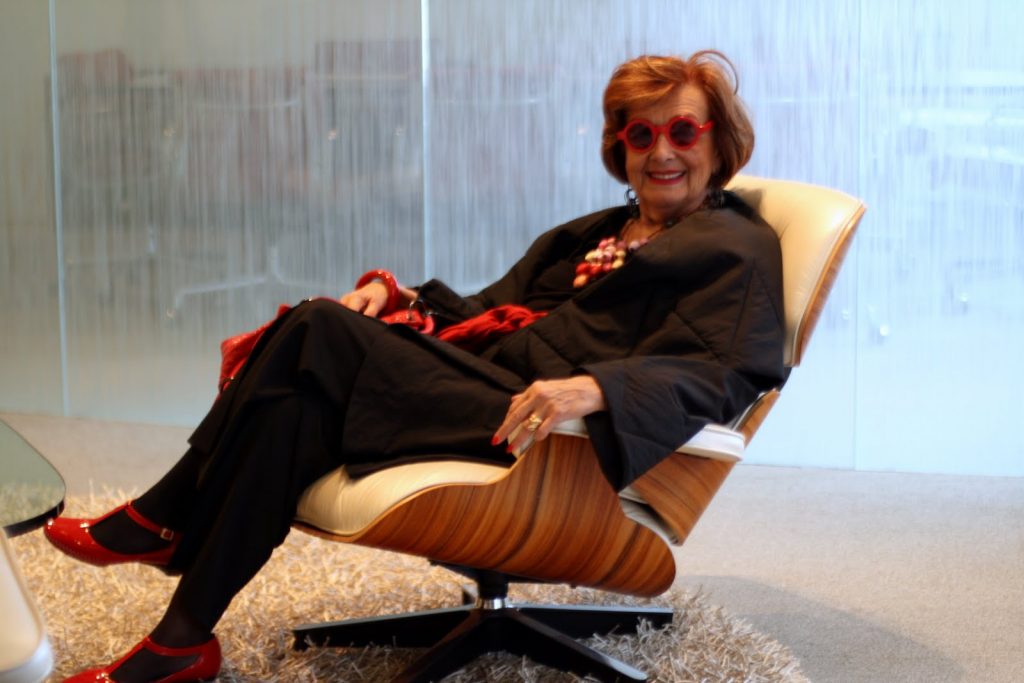 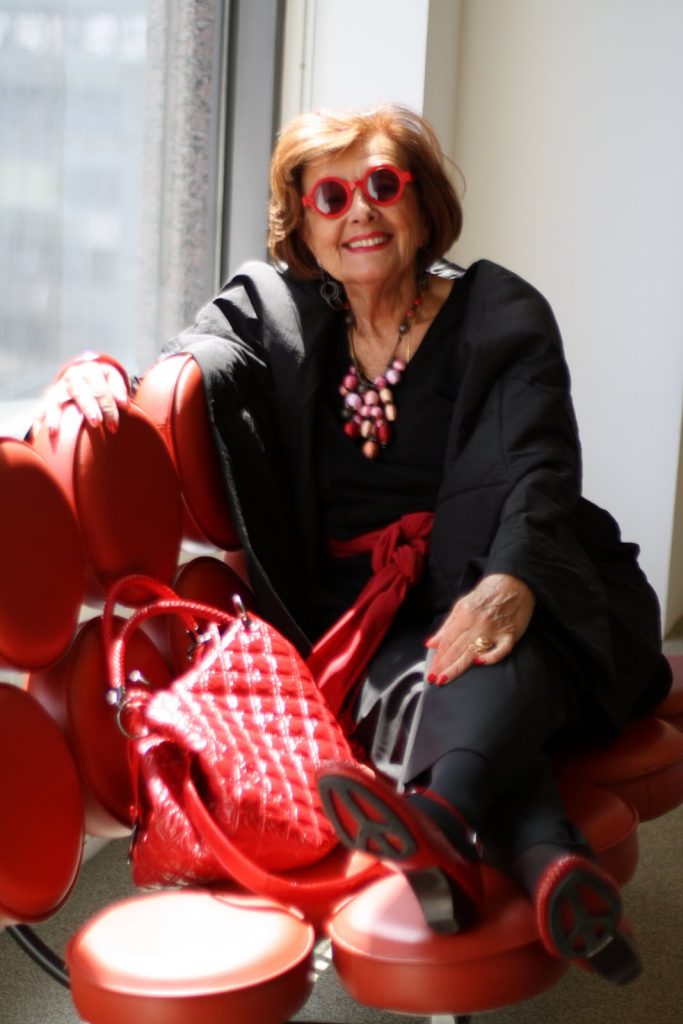 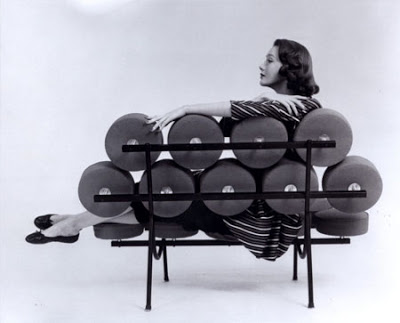 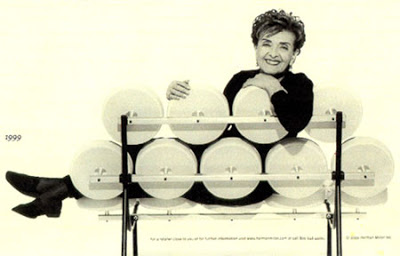 Hilda in ads for Herman Miller 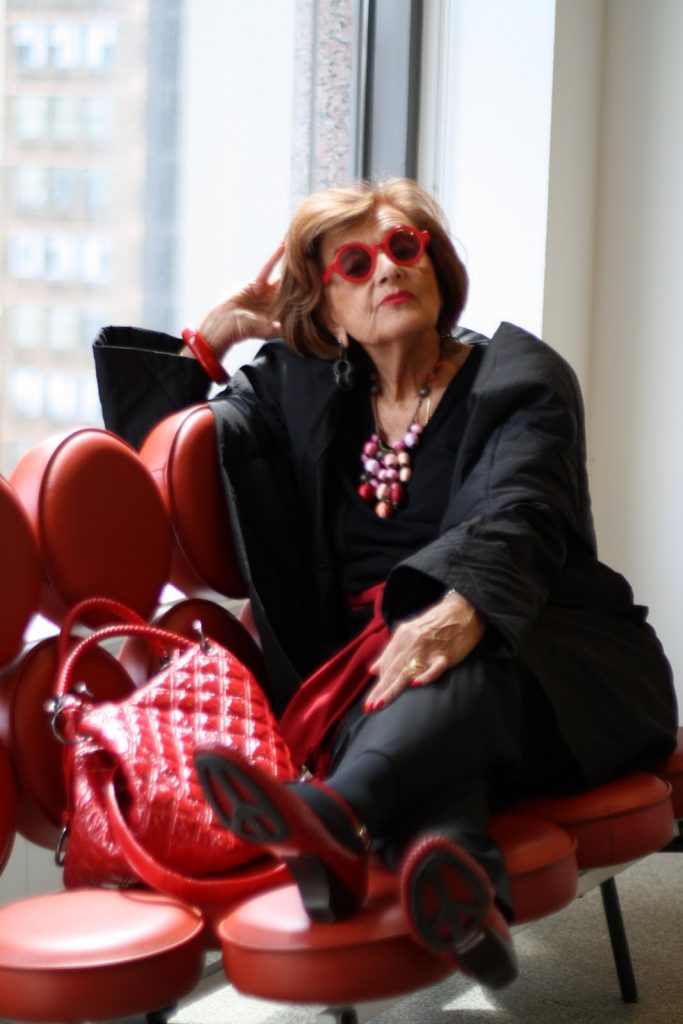 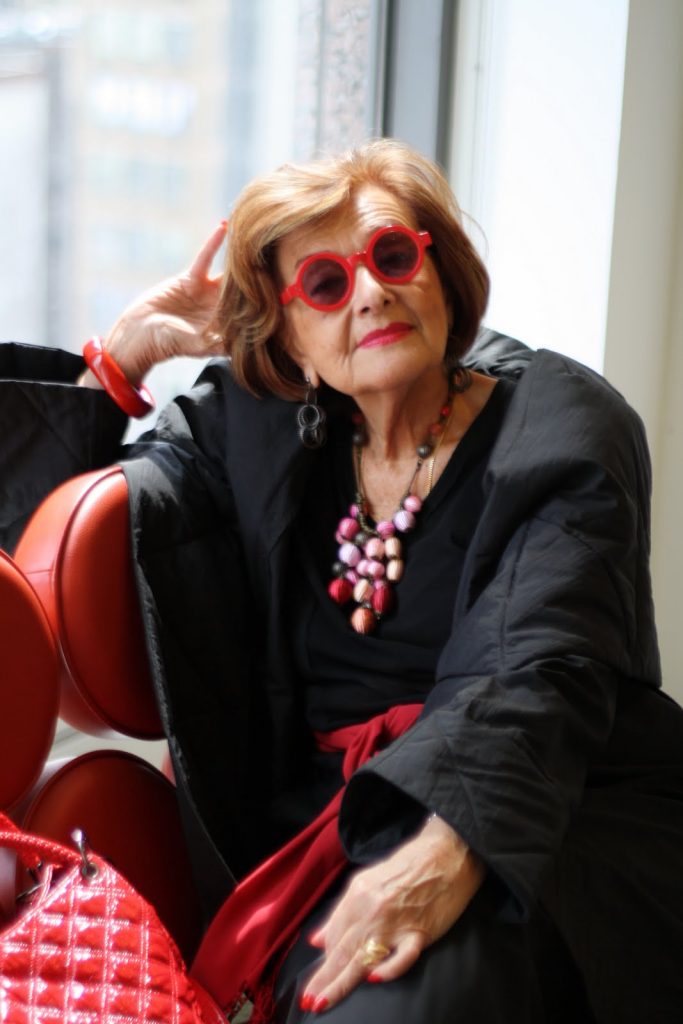 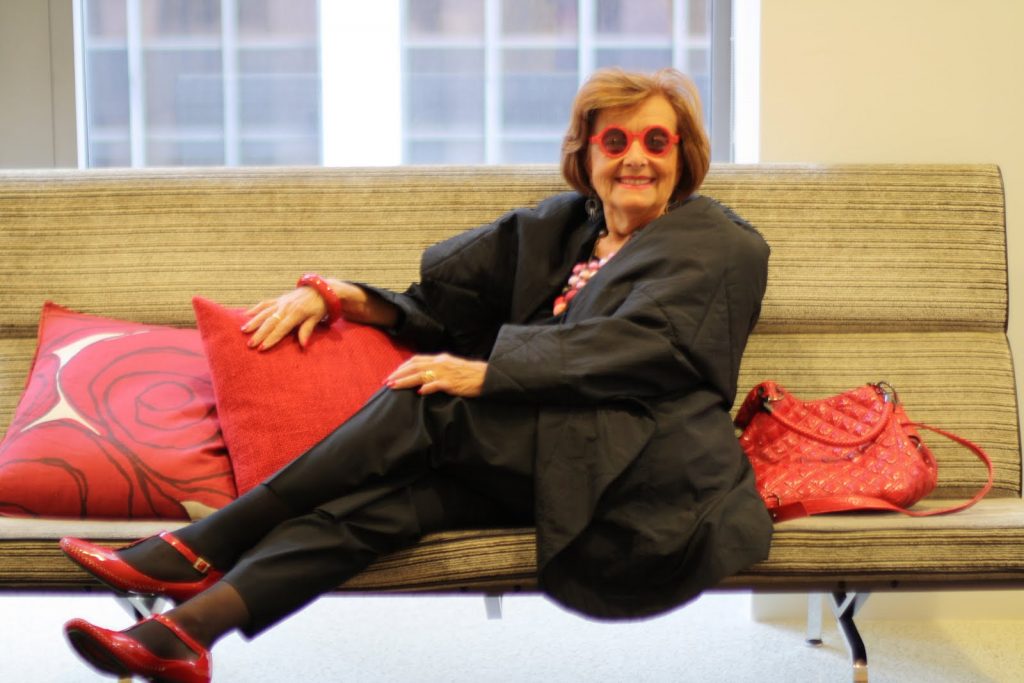 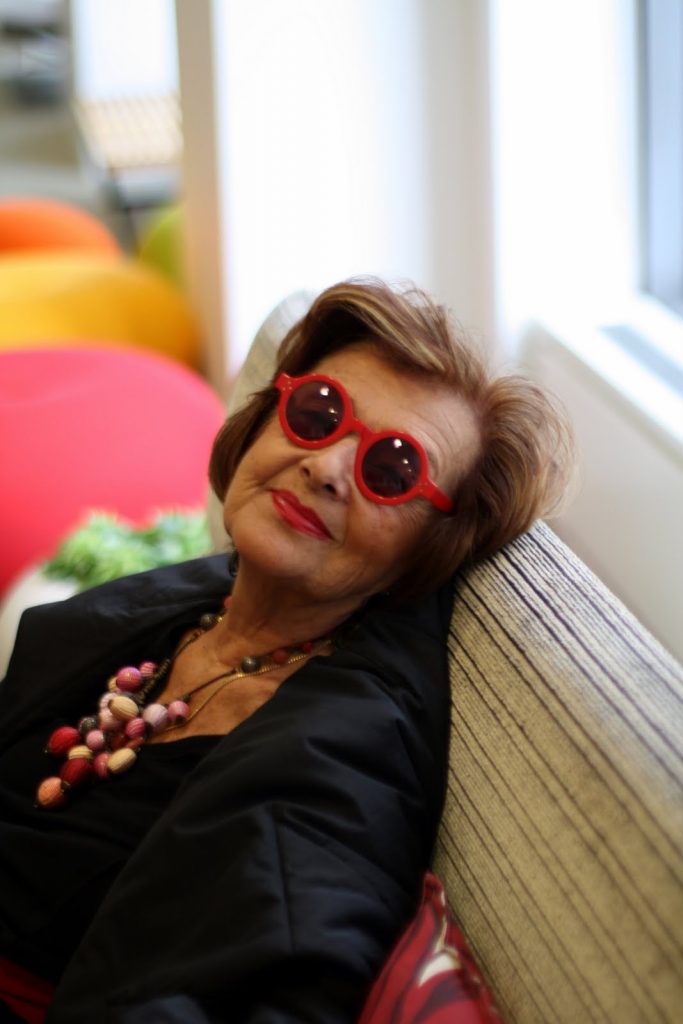 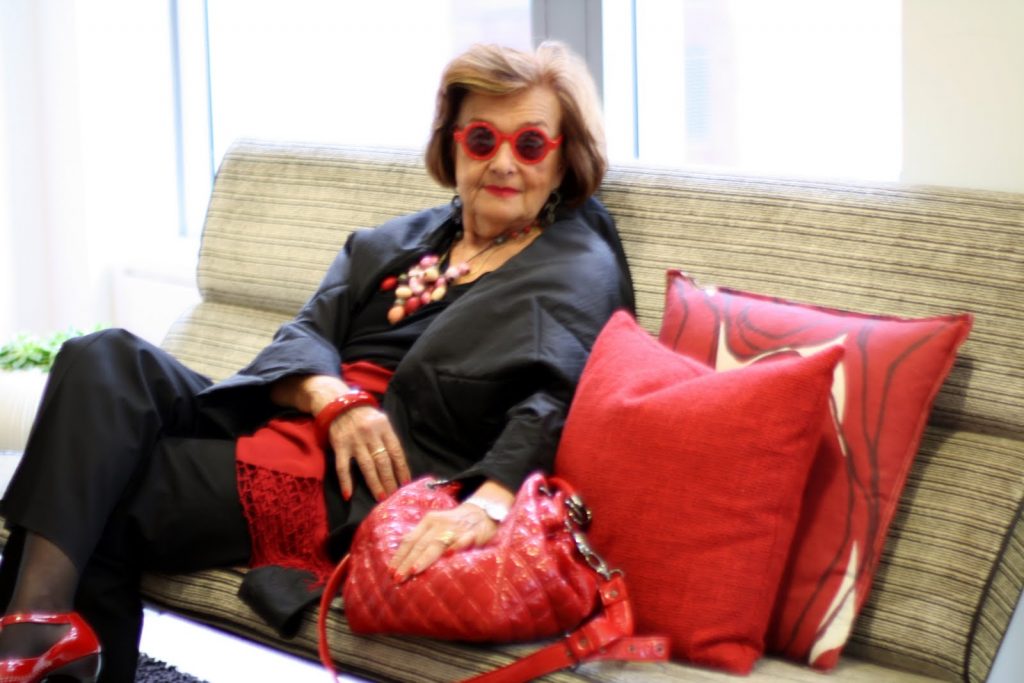