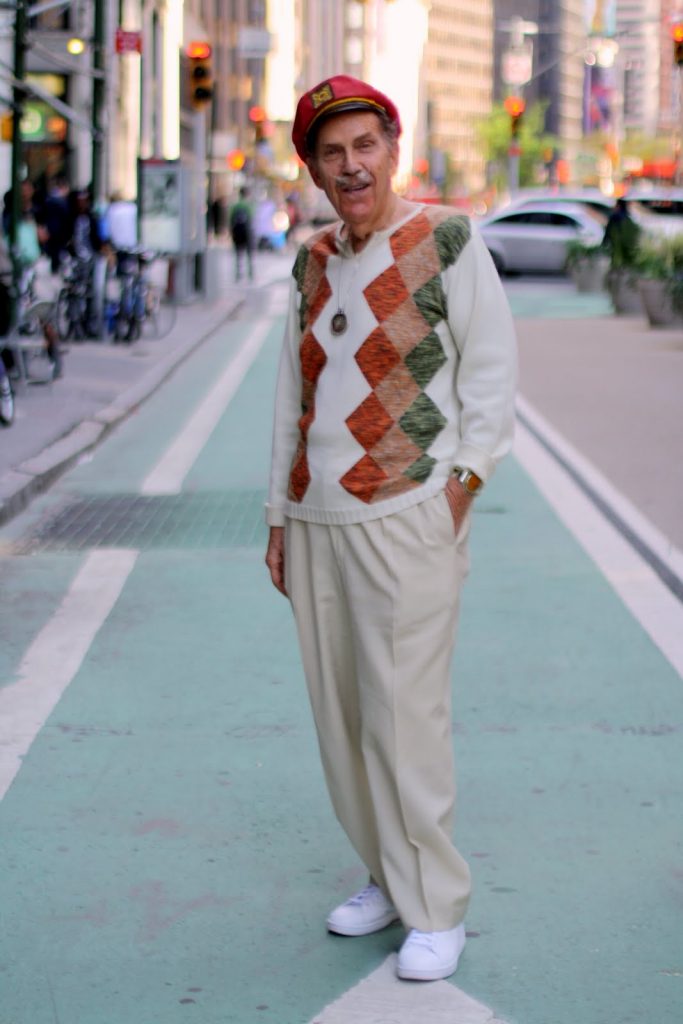 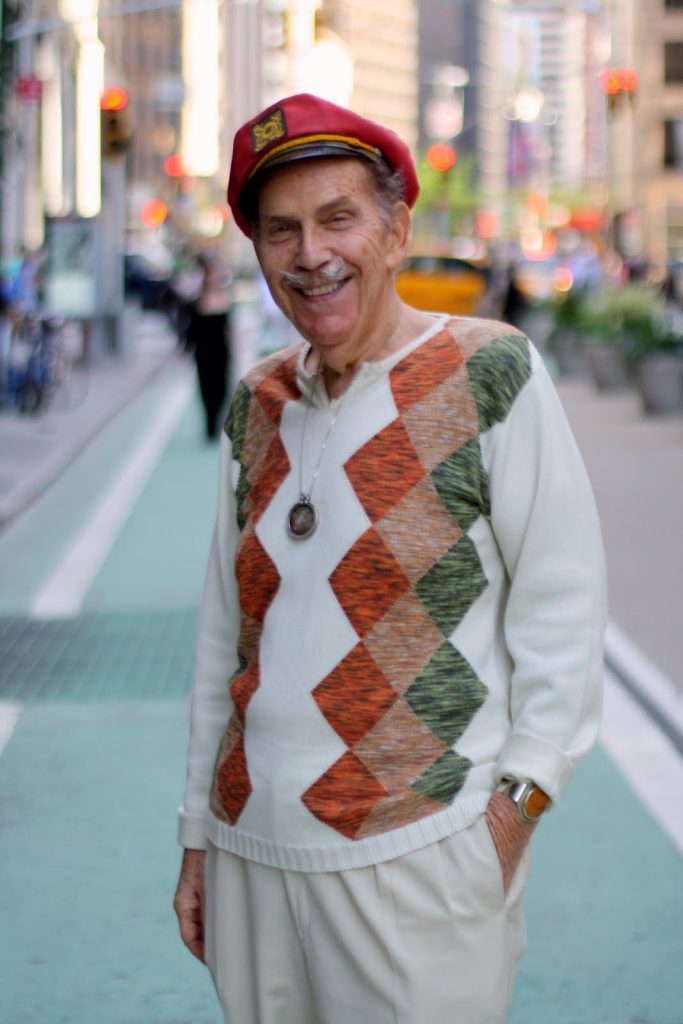 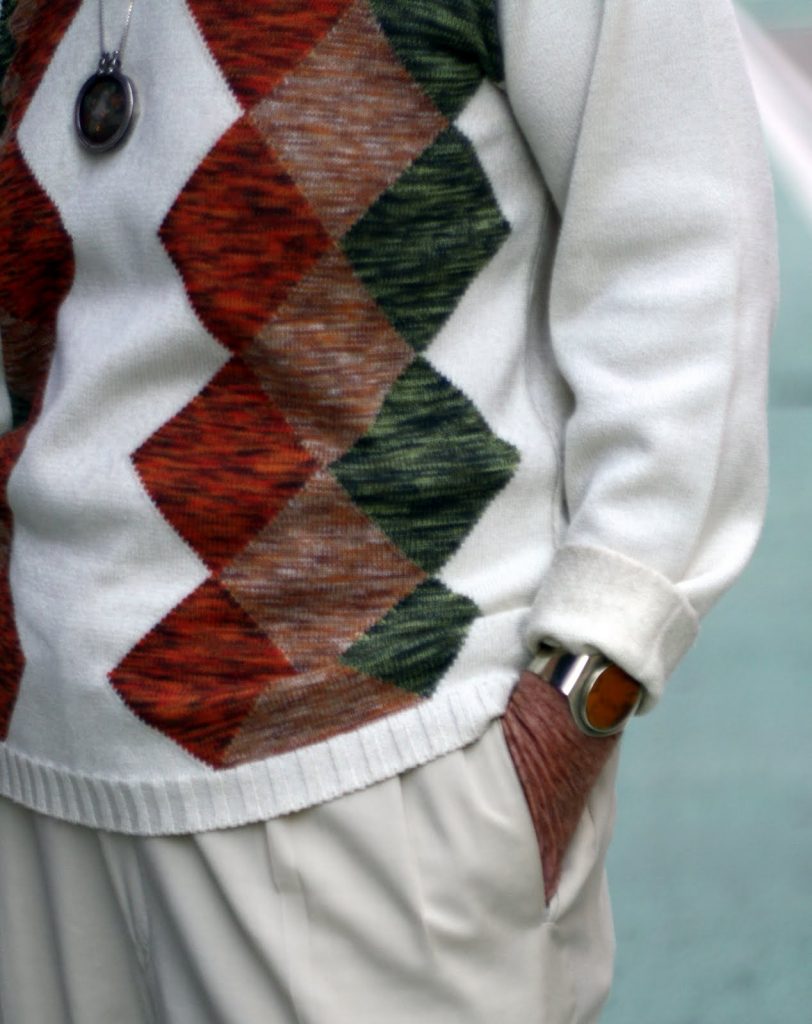 This is one of the coolest guys I have ever run into not only because he of his amazing style but because he has the attitude and confidence to carry off his eccentric and classic look. He looks like a sailor just back from an adventure. This led me to ask him where he acquired the beautiful jewel around his neck and he replied, ” I just thought it was cool man.” Sometimes it takes the confidence that comes with age to be able to carry yourself with the humor and style this fellow exudes. After taking a few shots he remarked, “Gotta go babe,” with a big smile on his face.I only hope to be as cool as this guy someday!