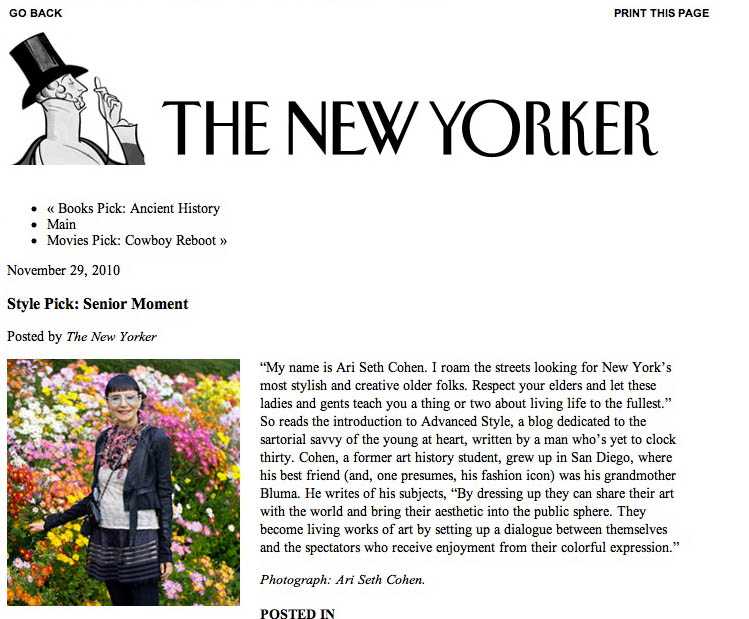 I have been inspired by amazing grandmas all week after seeing my Grandma Bluma’s favorite magazine, The New Yorker, choose Advanced Style as their Style Pick. She would have been so excited to see her name mentioned in her beloved New Yorker. I also had the wonderful opportunity to have dinner with a wonderful grandma, Ruth Flowers,AKA DJ Mamy Rock. Ruth started DJing after attending her grandson’s birthday party at a disco, and realized how music can really bring people together. Age doesn’t have to limit our creativity or our spirit. Check out some of my favorite Amazing Grandmas below: 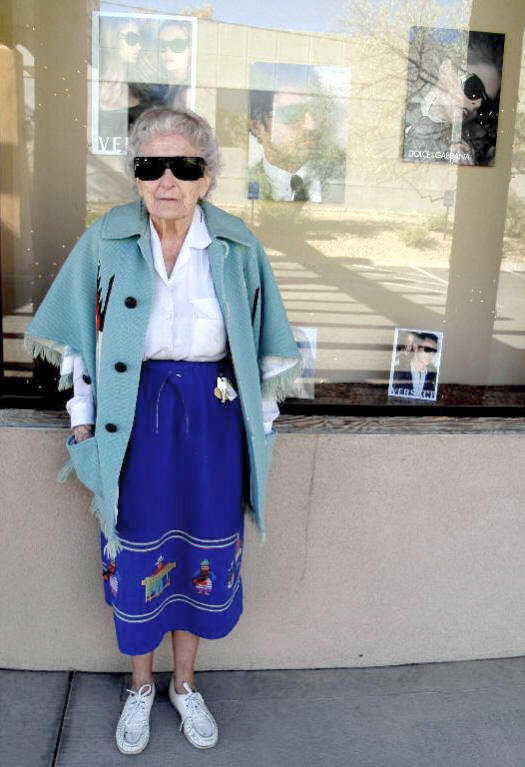 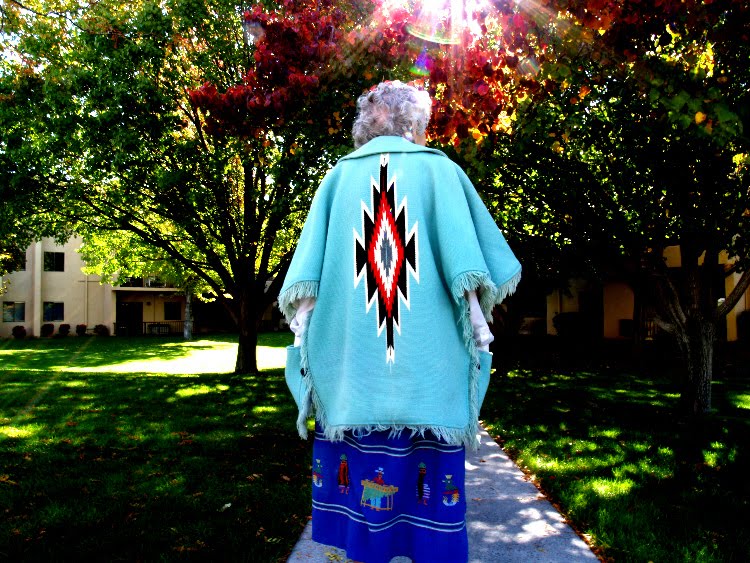 Above is the ever stylish Grandma Jojo. Trevor Bush sent in photos of his amazing Grandma with these words:
Jojo is doing “pretty well for an old lady” as she likes to say, and will be 95! in April. She is a former educator (began one of the first kindergartens in New Mexico), and has lived in Albuquerque since 1990. She has been legally blind for a number of years (hence the magnifying glass she wears around her neck). remains as active as possible, walking and visiting with friends daily. She sometimes tells me: “I wonder why the good Lord is keeping me here”, and it pleases me that there are younger people who not only appreciate the style of an older person, but also who understand what is meant when it is said that “old people are wise”. A lifetime of knowledge and experience has tremendous value. Pay attention to the old people in your life, write them letters, call them, indulge them, it’s a mutually beneficial and deeply rewarding experience. And you don’t have forever.
Ruth Flowers in her own words,”Everything began the night, when my grandson, whom I’m very close to, celebrated his birthday at a disco in London. He invited me to join him and his friends. When I arrived the doormen wouldn’t allow me inside. Its true, I didn’t look like their usual customer (laughs)… I did get in eventually… only to be dumbfounded…there was such an electric atmosphere! It was so different from the dances & the bands I used to go to when I was younger. There was a real osmosis between the music and the lights, it energized me!…made me feel so much younger!That night shattered my view of things, especially the way I saw my life…I had a lot of free time…I discussed my idea with my grandson, he thought I’d gone mad. Sometime after our talk, an acquaintance put me in touch with a young French producer, Aurelien Simon. I told him my idea and he took on the challenge. I wasn’t sure about it working but was prepared to give it a go, Aurelien was convinced and he took me with him. Since then I have made many trips around Europe, met quite a number of D.J.s. Aurelien introduced me to electro and house music. I went to clubs and been practicing a lot with the new machines. It was really fun!! Now I know I can make everybody move their ass on the dance floor (laughs)… 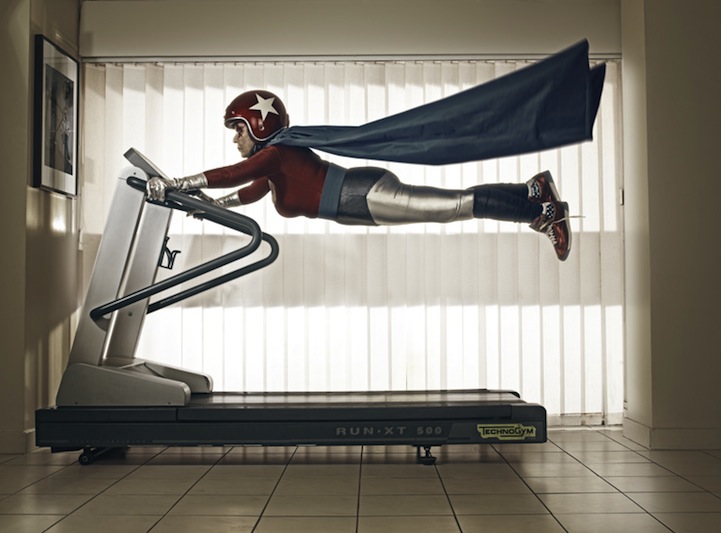 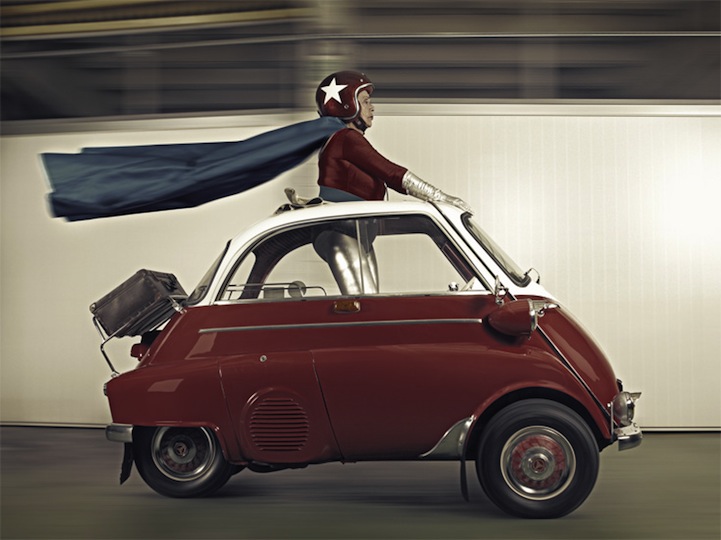 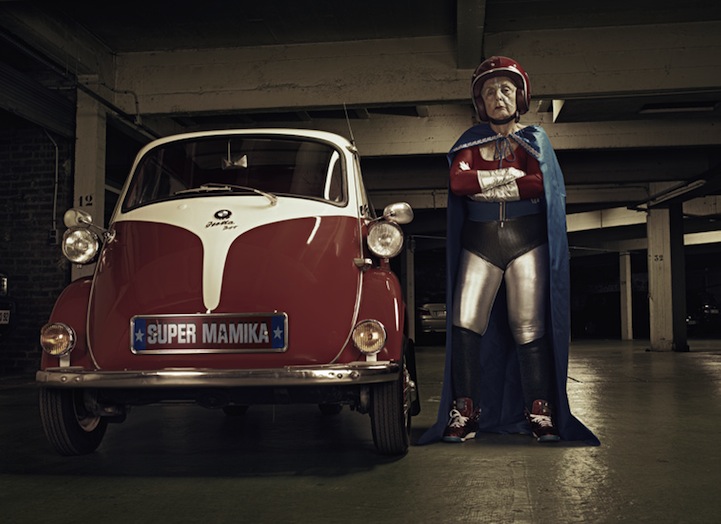 The incredible images above were taken by photographer Sacha Goldeberger. He shot these wonderful photos to cheer up his amazing 91 year old grandmother. The photos of Mamika have been compiled into a book that is now for sale on Amazon. http://www.sachabada.com/ 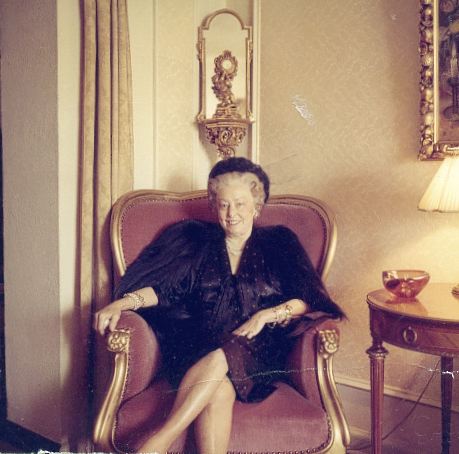 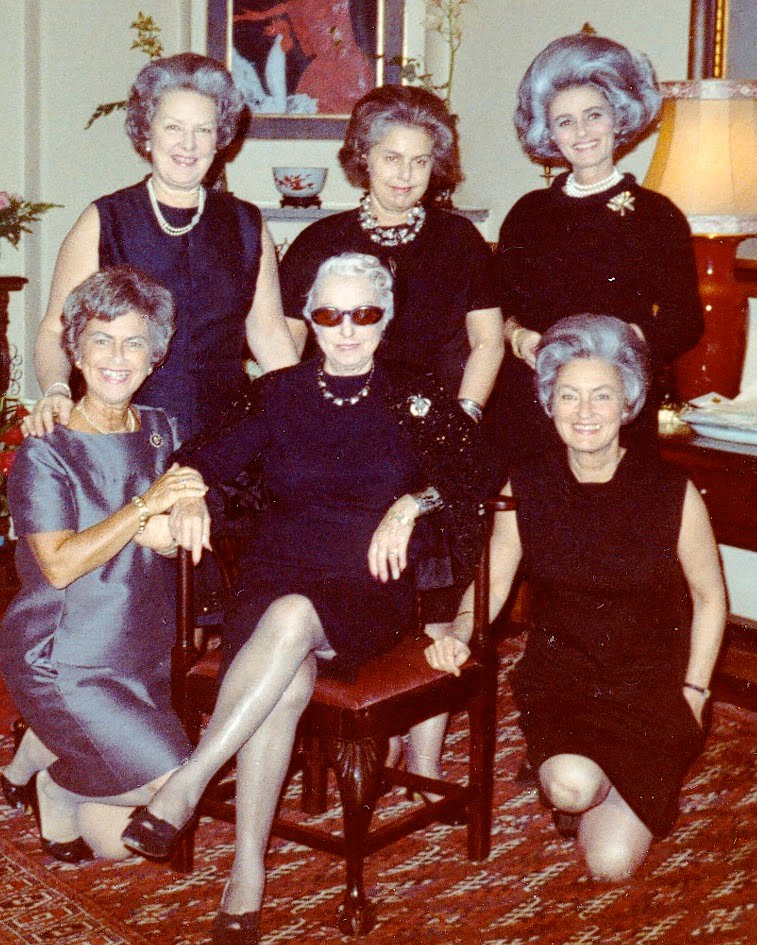 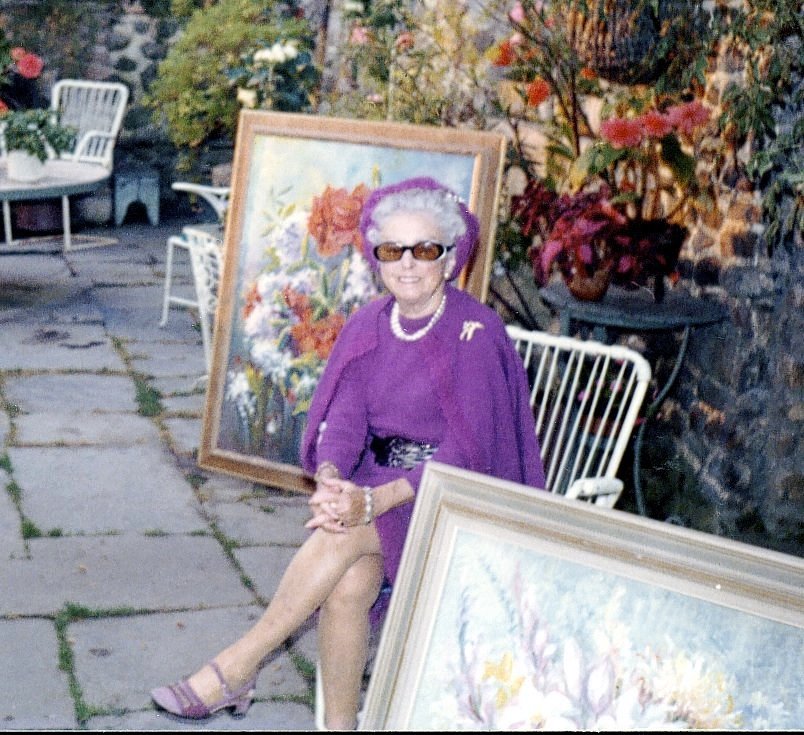 These photos were submitted by Leif who describes his gradma Olga:
My grandmother Olga was born in 1890 in New Mexico, grew up in Florida and married my grandfather when they were only 18. They me in Paris where he romantically proposed on the Eiffel Tower. She was most innocent and had no idea how children were conceived, She had 9 children. Her wisdom: Always be kind to other people. Never be afraid of anything. Be original. 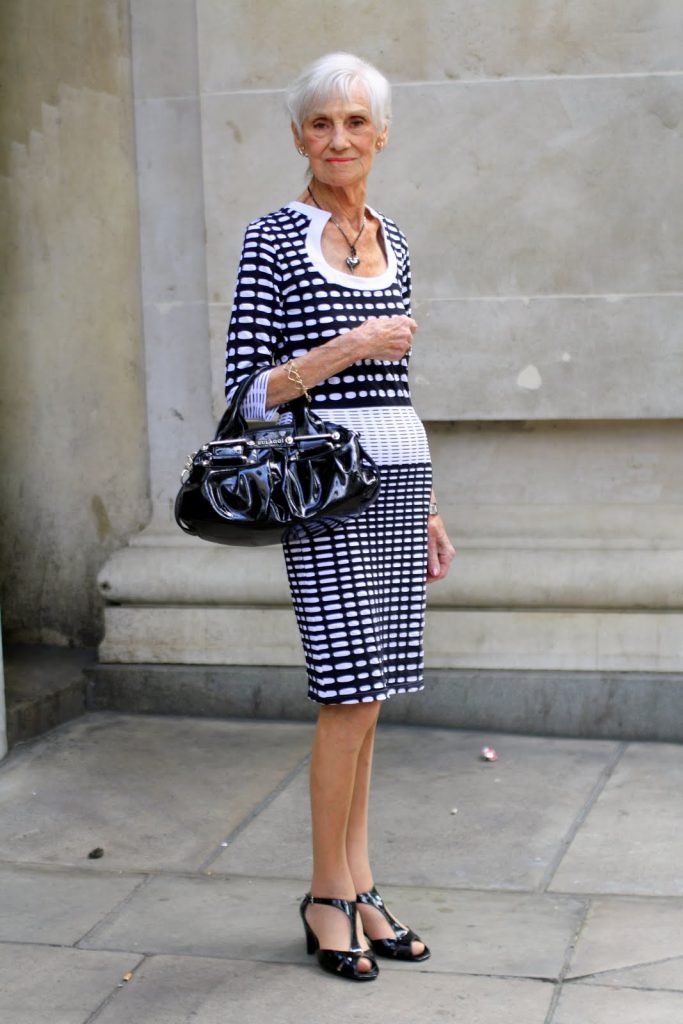 If you haven’t already checked out Rita’s Very Old Grandmother Blog, you are missing out. Enjoy the videos of some other truly Amazing Grandma’s below: