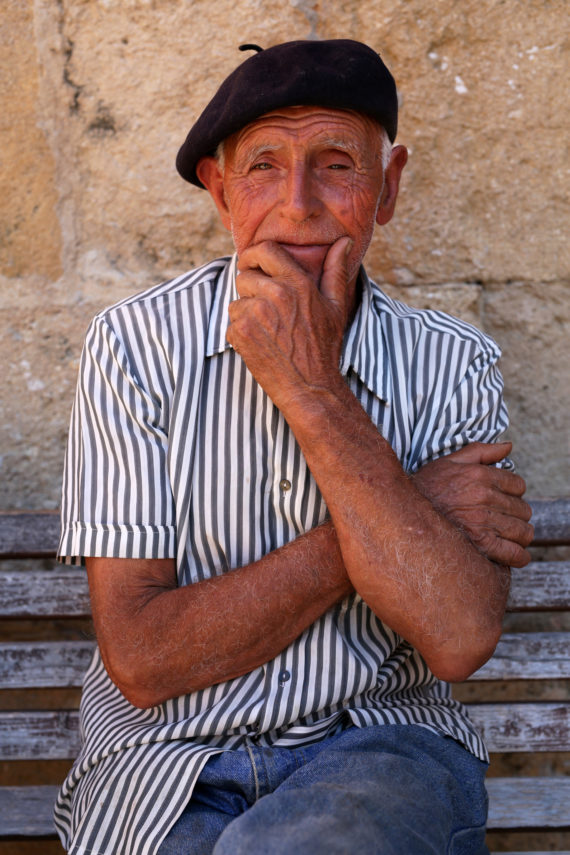 Shooting in Sicily over the last few days brought back memories of sitting with my grandparents in front of their house. One of their greatest pleasures was to pull out a pair of striped, plastic lawn chairs from the garage and watch the world go by from their driveway. After work some of the other neighbors would come by and say hello. Some of  them even starting  buying lawn chairs of their own. I grew up in suburban San Diego where you would rarely see a neighbor outside their car, and even more rare was the opportunity to strike up a conversation. I always loved staying at my grandmother’s house, who lived on a cul-de-sac, where they had daily gatherings and block parties and neighbors who they called call friends. Almost thirty years later, when I am photo-hunting in cities around the world, it’s the city and park benches, and little plastic chairs that start my heart beating fast–ready for my next photo.