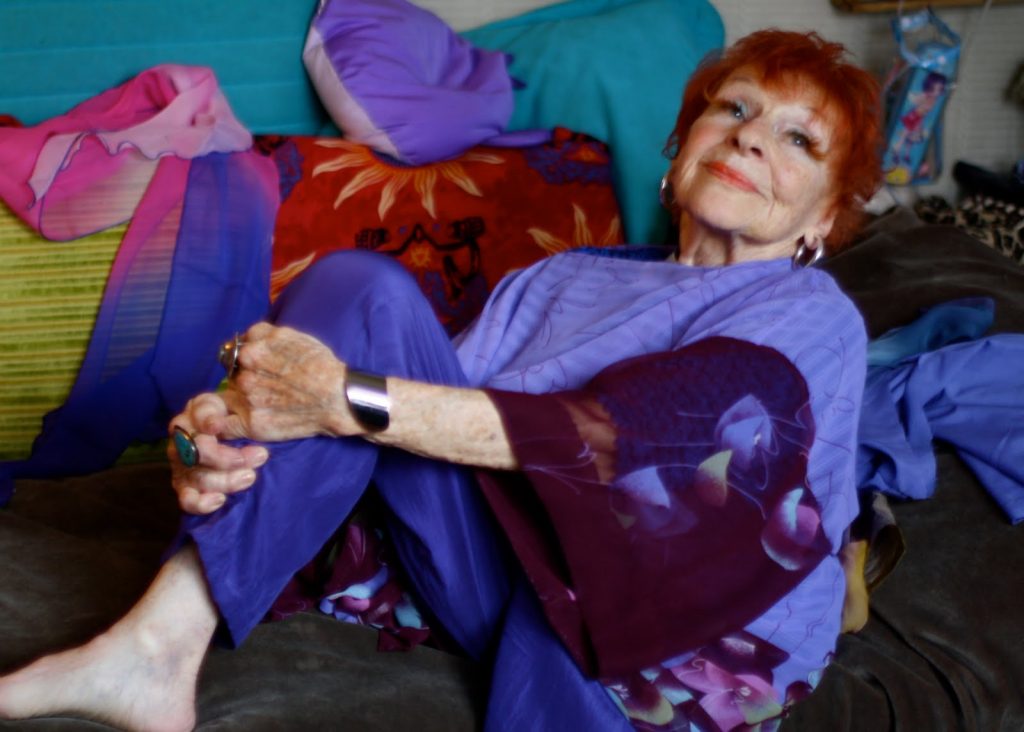 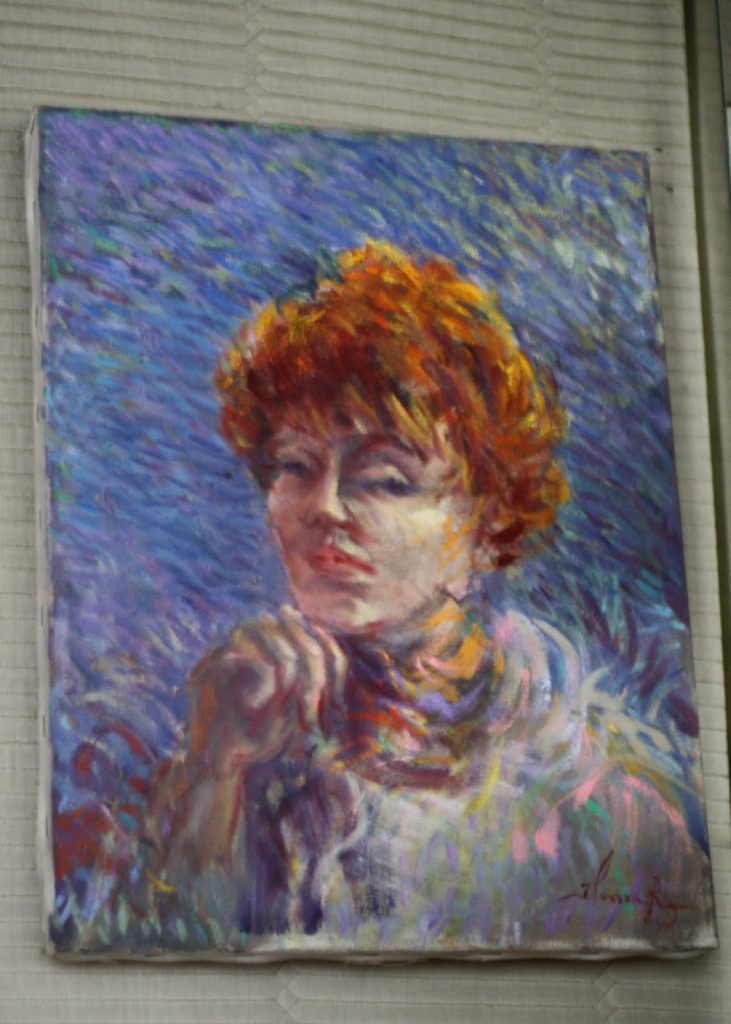 [Photos: Ari Seth Cohen, Text: Maayan Zilberman]
In the previous post you heard Ilona Royce Smithkin’s style tips, advice on eye makeup, and instructions on how to convert a slip into a Grecian blouse by turning it upside down. Now we’ll be looking at her artwork, and how it relates to her personal sense of style…
Ilona hosted one of the very first instructional painting shows in the ‘70s. Suited each episode in a different colored caftan, she would do a dance at the beginning and end of each show to remind her viewers that painting should be fun. Criticized at first for her theatrics, viewers later wrote in to the TV station asking where to get such outfits and thanking her for the inspiration.

“I like to give advice to my students, things I wish people would have told me!”:

“Don’t show your first few paintings to your mate, lover, parents, family…they may be either too encouraging, or too discouraging. Tell them you are not ready yet.” She suggests that when you do show your work, however, “everyone needs a Philadelphia lawyer”, as in someone on the other side… a Devil’s Advocate. 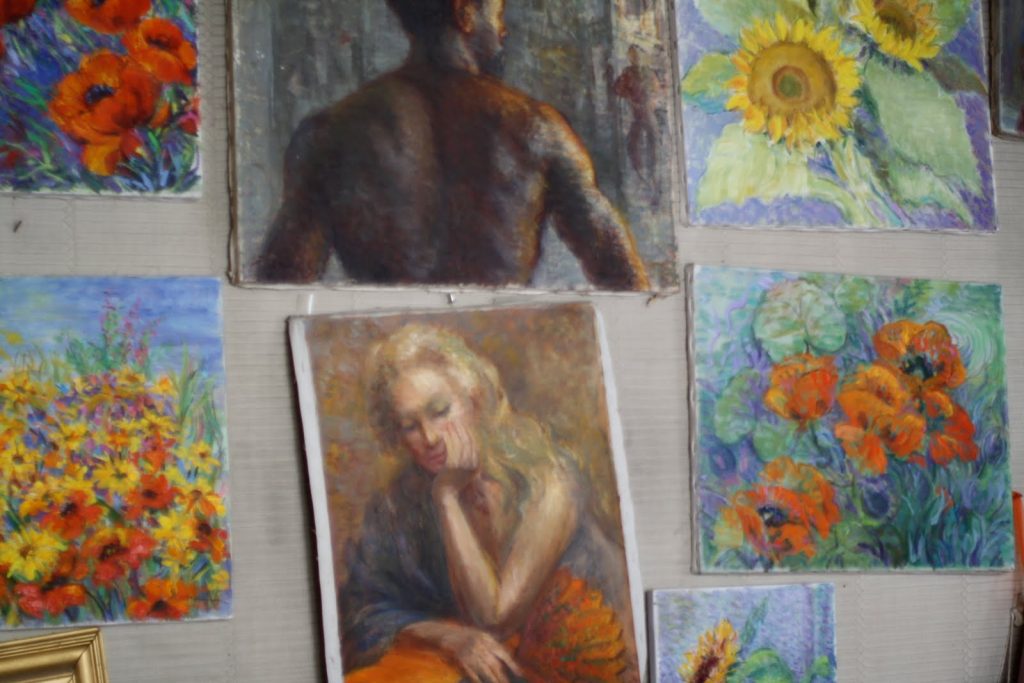 Since so many artists are said to be painting a version of themselves with such emotionally charged portraits, I ask Ilona if in fact each of these studies are a side of her personality.
She says, “None of them are me. There is no need for ego at this stage in y life…. I enjoy myself, I know who I am and am contented… no need to toot my own horn, I’m just proud of what I am now, because it was a hard road.” 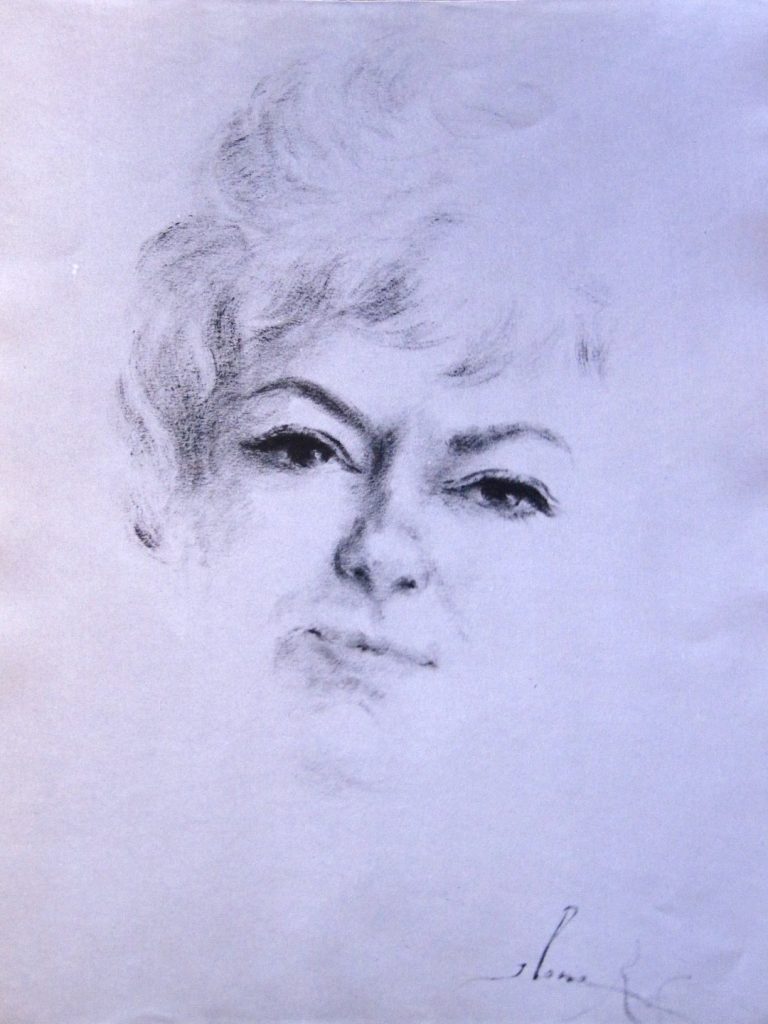 (one of Ilona’s commissions, singer Chris Connor, for the cover of her DVD)

Ilona started by painting in the Impressionist style, studying at The Art Students League next to the Russian Tea Room on 57th st (where she also lived, after WWII). Until the fire in her apartment that destroyed most of her paintings, Ilona spent her time uptown painting from models and still life. It was traumatic to lose so much, but with Ilona’s past, she said it would be unhealthy to look back. Now in the West Village, Ilona practices her art in the apartment she’s rented for 55 years.
She admits her apartment does not have a kitchen, so she doesn’t cook (nor has she ever).
“My father once said: If somebody does it better than you, let them.”

She approaches new bodies of work as “experiments, new phases to learn from and grow with… they are the beginning of a new idea”. What impresses me most about her approach to the hardships she has endured is her ability to look at each tragedy as a chance to start anew, or to try something challenging. Of course Ilona has 90 years of perspective, but it’s rare we hear a woman of this age being so open and willing to grow. She claims to be set in her ways, but also open to new ideas… her artwork says it all. 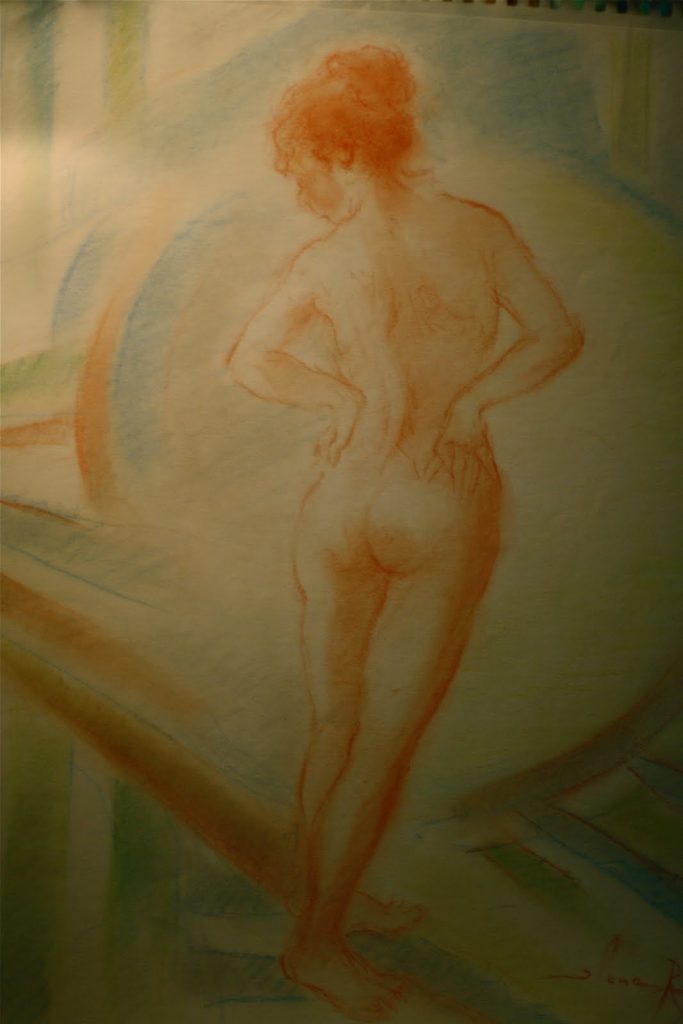 Ilona’s new series she calls “Nouveau Deco”, based on paintings Art Nouveau and Art deco. She draws her subjects with pastel, but adds graphic backgrounds and strengthens the women so the settings don’t overpower them. She says someone described her women as “so vulnerable you want to guide them across the street”. She likes this, “they can screw around all they like but they are still innocent and untouched”.

Another series, “Blue Stockings”, was inspired by Ilona’s trip to Paris. Here she reinvented Lautrec’s women with “ugly faces and changed them to be naughty and funny”. Each one has a caption like “What, not again?!” 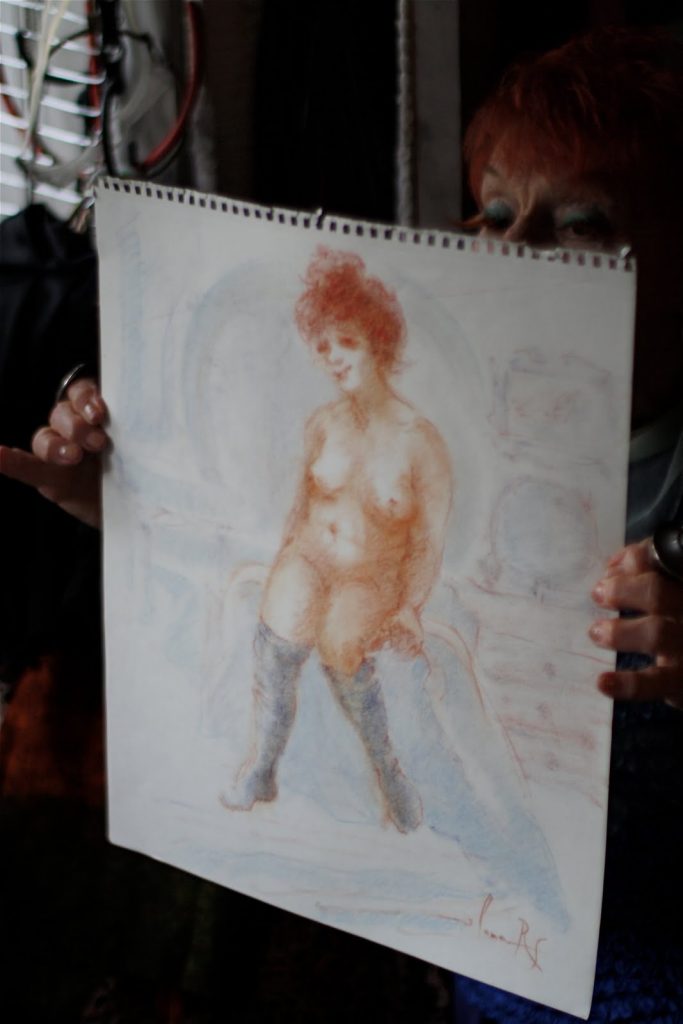 Approximately three years ago, Ilona developed a stinging pain in her neck, disabling most of her activities (dancing, singing, painting…)
She tells me this is an exaggerated version of a tremor she had as a 5 year old in Berlin and then during the war, when the Nazis would knock on her family’s door to search the house. More recently, the disability became more acute, in the form of a crippling pain that led her to discontinue painting.

During this time, Ilona managed drawing daily self-portraitswhile sitting in her bathroom- the best light in the house. This is the place where she does her most detailed work, the application of her eyelashes, so this is where the drawings would take place. 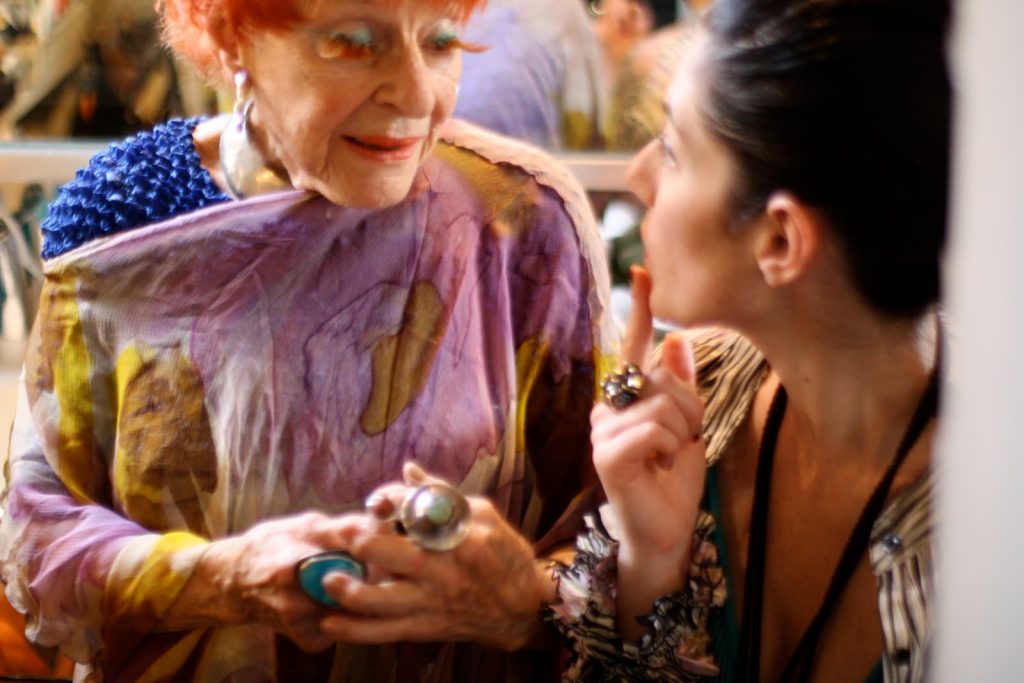 (Ilona shows me some of her utensils, under the best light, in the bathroom) 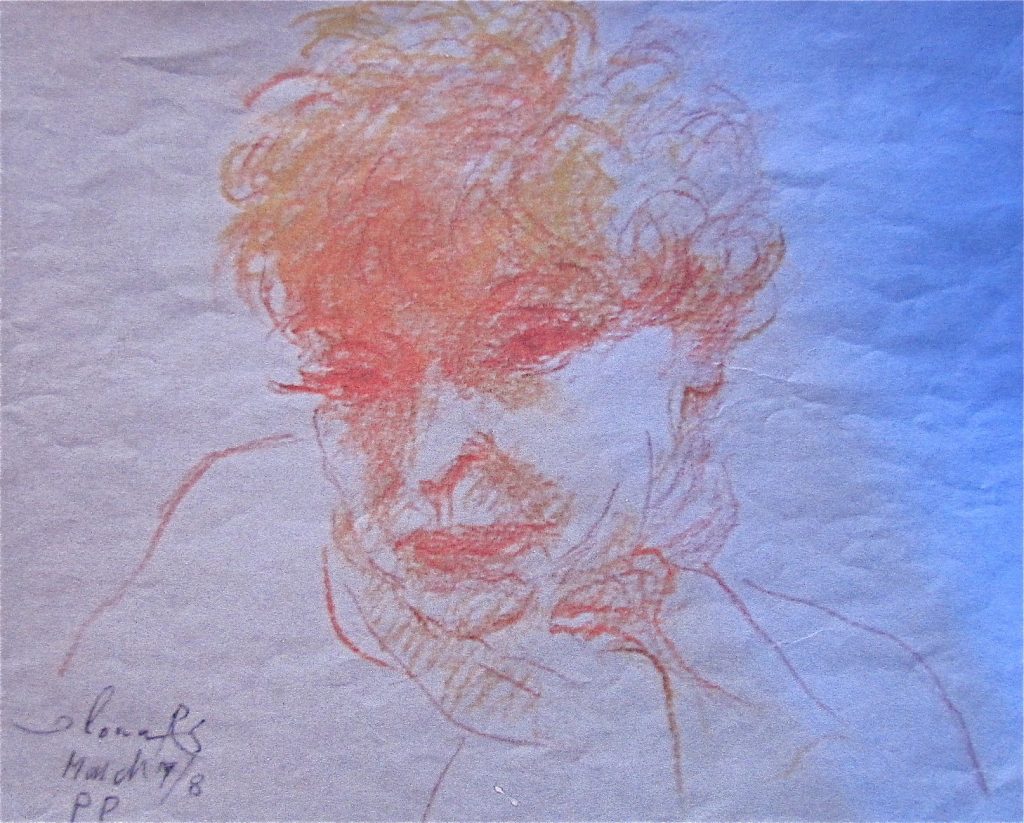 She wanted to document the pain, to see if this process would heal. (These 54 works, her “Pain Portraits”, were recently featured in a traveling show in the US and have been shown around the world).

After 8 months of unsuccessful doctors’ treatments, Ilona started swimming daily in the cold and salty bay near her home in Provincetown (where she teaches painting every summer). Swimming, of course, with eyelashes and shadow, with head above water. She claims the pain “vanished, like nothing”…. “You see? Something good can come of something bad”.

“I’m so glad that I did them because at this point I almost forgot that I had it (the pain)”. 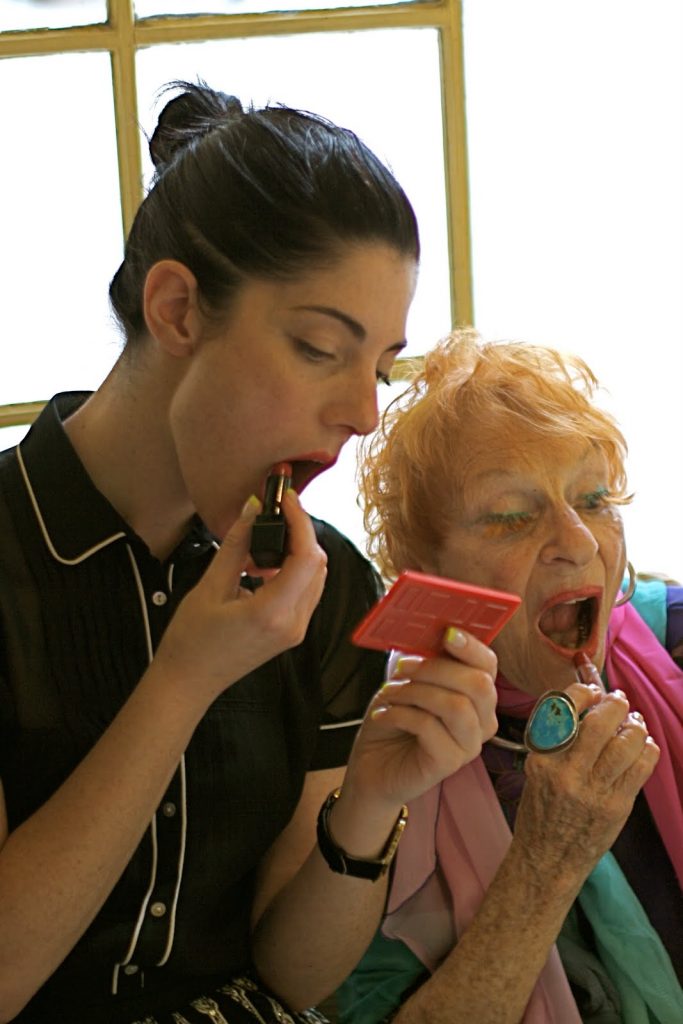 (During my first visit with Ilona, she told me a story as we compared lipsticks)

Ilona’s most admirable quality is how much she absorbs, and how open she is to new friendships and ideas. As I was leaving her studio the other day, she suggested we meet up with a few of my girlfriends, “just like Sex and the City”.

She says: “This show was important because they had four characters who were all very different, none all good or all bad… they were all pretty, they all look as good as the other but each with different personalities that are recognizable. They were all human beings, real humans who are not perfect.”

I asked Ilona which character she would be (as the average girl of my generation would ask, admittedly):
“Each one had merit. At my age, you ask me a question but the answer will have so many factors. People want to identify with one thing, but that I am not. You change with different situations!” 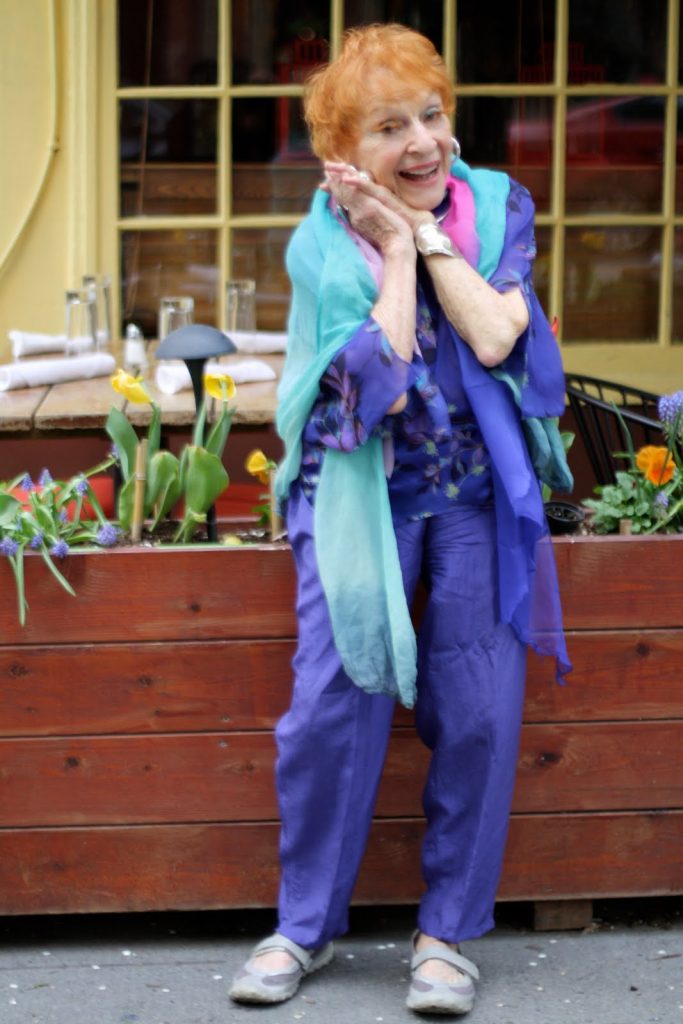 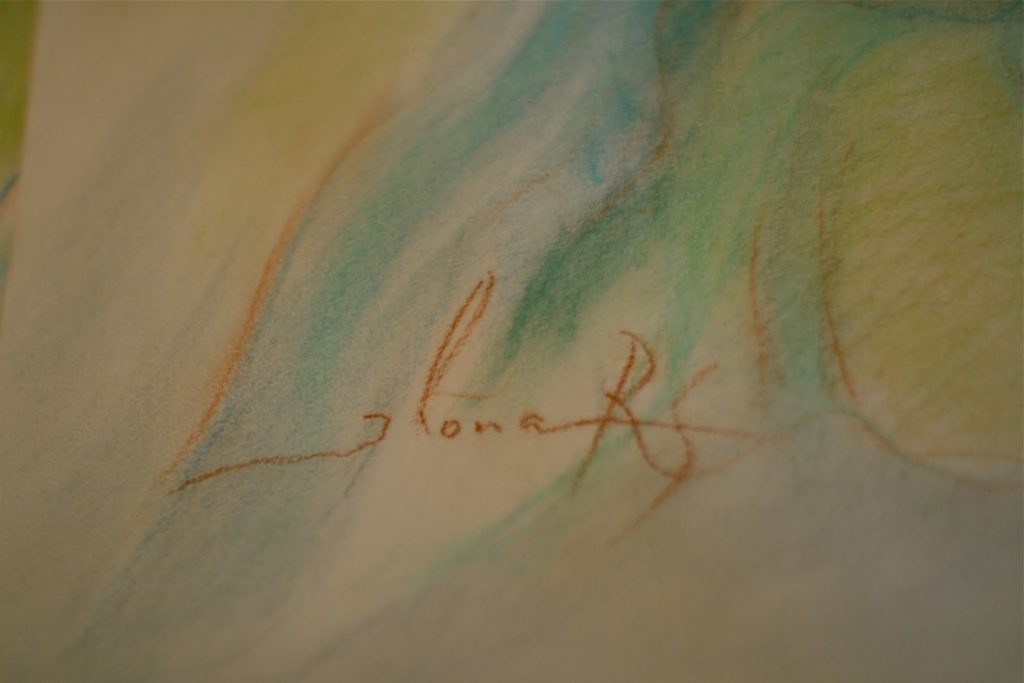 *If you are interested in having Ilona paint your portrait, please let us know, we’d be thrilled to put you in touch. xo